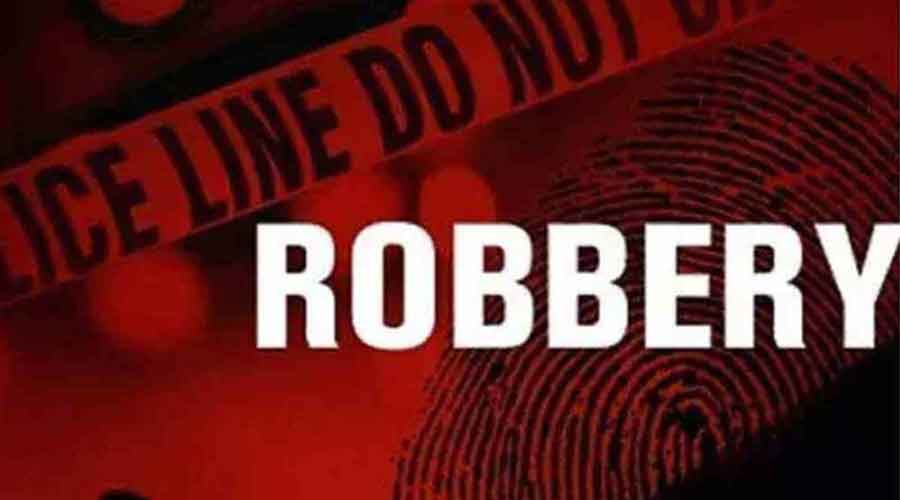 A gang of six armed dacoits broke into the home of a Trinamul block president in West Burdwan’s Andal early on Sunday, demanded to know where he was and looted cash and jewellery worth around Rs 10 lakh at gunpoint.

The criminals also went on rampage at the house and decamped with the booty after locking up the residents. The operation continued for nearly two hours.

Police said that the ruling party leader Sukumar Bhattacharya, who is also an Eastern Coalfields Limited (ECL) employee, was not there when when the goons broke into his ECL quarters around 2am. He was at his ancestral house in nearby Jamuria.

His wife Srabani and son Anik were sleeping when the goons broke the windows and entered the quarters.

“The goons entered the house after dismantling the grilles of the windows. They held a gun at my son’s temple and inquired about me,” said Sukumar, the Trinamul president of Jamuria block II committee.

When his son and wife told the goons that Sukumar was not at home they went on a rampage.

“The goons went on a rampage in all the rooms including the kitchen after they did not find my husband here. After that they looted cash and ornaments from the almirah. They forced me to hand them the keys. They also threatened us not to go to the police,” said Srabani.

As the goons left, Srabani and her son started shouting for help. Some local residents and neighbours woke up and came to their rescue. They also called the police and informed Sukumar about the incident.

The detective department of the Asansol-Durgapur police commissionerate launched a probe on Sunday morning.

Police said they are probing why the criminals were particularly looking for the ruling party leader before looting valuables.

Sukumar said his political rivals may have been behind the incident.