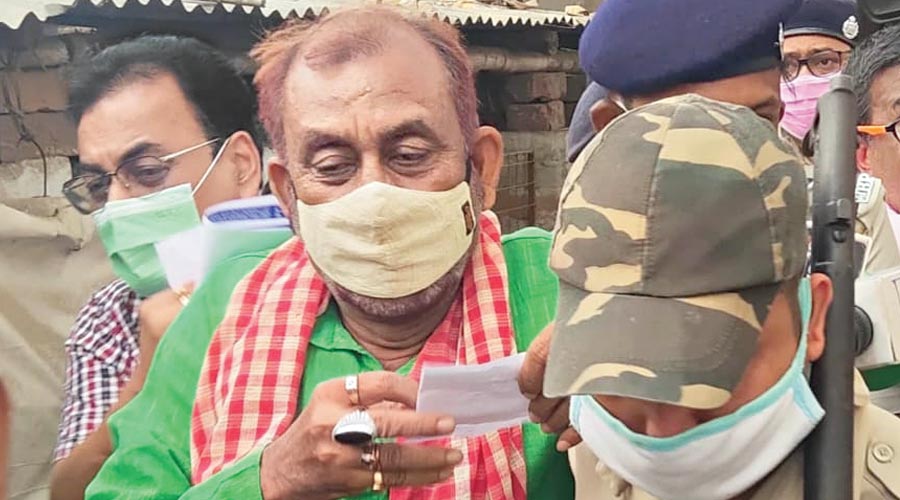 A Rampurhat court on Wednesday asked the CBI to submit a report on the method of the proposed polygraph test on Anarul Hossain, then Trinamul block president who was arrested in connection with the March 21 Bogtui massacre that left nine persons dead.

The court also sought to know whether the test would tell adversely on Anarul’s health. The next date of hearing in this matter is April 21.

“We did not deny the polygraph test but we want to know the method of the test as well as whether it can adversely impact the health of my client who has several ailments. The court approved our plea,” said Ananda Shankar Roy, Anarul’s lawyer.

The CBI had produced Anarul at the Rampurhat court on Wednesday for his consent for the polygraph test.

Sources said Anarul had submitted several reports on his health before the court and sought expert opinion on whether he could have health problems following the polygraph test.

CBI officials had also produced five accused earlier arrested in the Bhadu Sheikh murder case who were sent to 14 days of jail custody.

Trinamul leader Bhadu’s murder on the evening of March 21 is widely believed to have provoked the Bogtui massacre the same night.