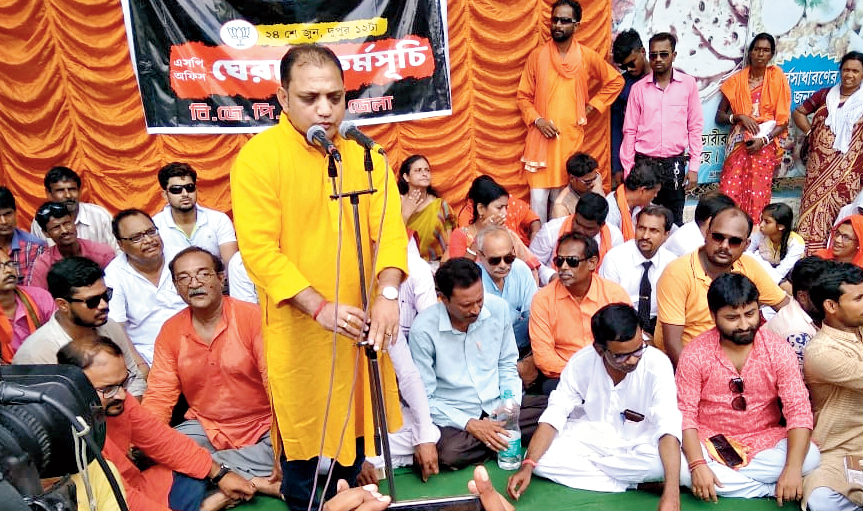 The BJP on Monday promised a “UP-like encounter model for Bengal” if the party won power in the state, with two senior state leaders vowing to replicate the Yogi Adityanath regime’s iron-fist approach to law and order.

“After we come to power in Bengal, we would give 72 hours to the state police to arrest all criminals or tell them to surrender. If the police fail, they would be given orders to encounter these criminals, like it is done in Uttar Pradesh,” state BJP general-secretary Sayantan Basu said in Basirhat, North 24-Parganas.

General-secretary Raju Banerjee echoed the view in Bankura. “Once we come to power, we will order the police to arrest criminals, and, if required, follow the UP model of encounters,” said Banerjee. 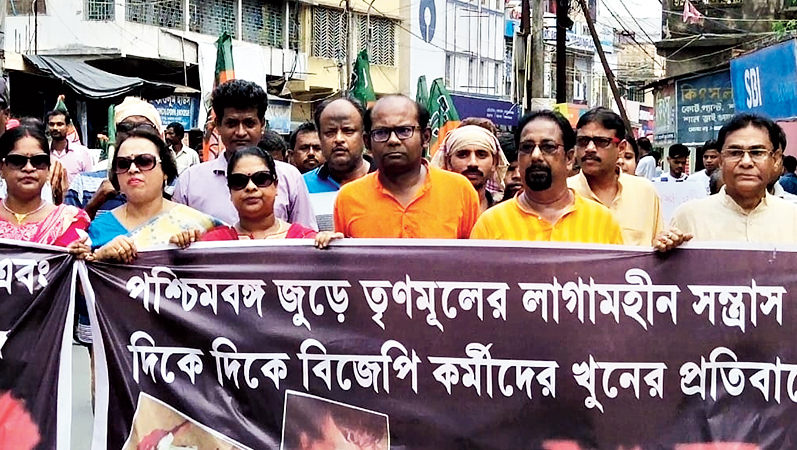 Sayantan Basu leads a march in Basirhat
(The Telegraph picture)

Last year, Uttar Pradesh chief minister Adityanath had himself mentioned 1,142 encounters during his first year in power in 2017, in which 34 persons were killed.

Bengal chief minister Mamata Banerjee had condemned the “encounter culture of UP”.

On Monday, Basu specifically mentioned miscreants getting “killed in encounters”.

Asked later for a clarification, Basu claimed he did not imply killing. “I meant baagey ana (bring under control), not murders, when I said encounters.”

Senior Trinamul leader and minister Firhad Hakim accused the BJP of trying to turn Bengal into a “police state”.