Party cites 'deteriorating law and order' in Bengal as reason 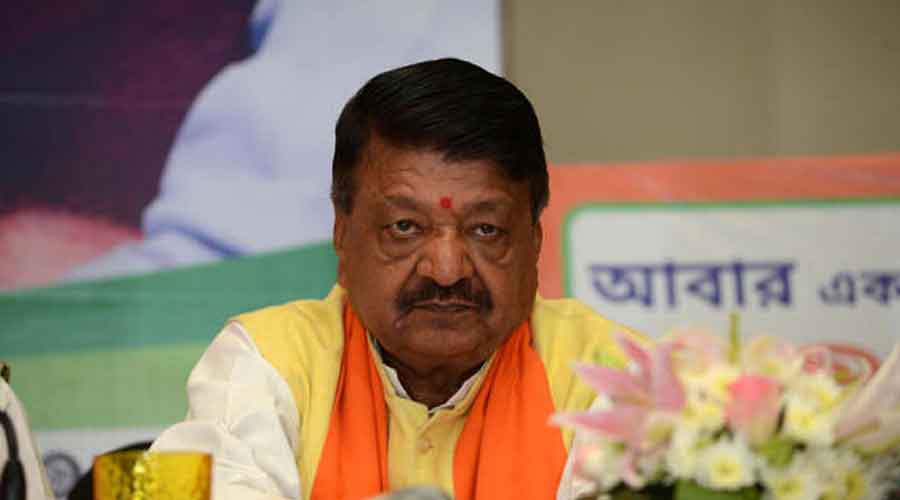 Considering the lawlessness in the state, the government in Bengal doesn’t have the right to stay in power and hence, it should be dissolved: BJP national secretary Kailash Vijayvargiya
File picture
Arkamoy Datta Majumdar   |   Calcutta   |   Published 15.07.20, 01:53 AM

A BJP delegation met President Ramnath Kovind in New Delhi on Tuesday seeking dismissal of the Trinamul Congress government in view of the “deteriorating law and order” in Bengal and then called on Union home minister to place the demand for a CBI probe into the death of the party’s Hemtabad MLA Debendra Nath Roy.

“Considering the lawlessness in the state, the government in Bengal doesn’t have the right to stay in power and hence, it should be dissolved. We have spoken to the honourable President in this regard,” said BJP national secretary Kailash Vijayvargiya, who led the five-member team of delegation.

The BJP leadership and the family members of the deceased have called the MLA’s death a murder.

“We have reasons to believe that the suicide note that is said to have been recovered from Roy and is referred to as the most importance evidence in the case was planted by the police themselves,” said BJP state president Dilip Ghosh.

“How can a post-mortem report arrive within a day? Was it prepared beforehand?” Ghosh asked before adding that party supporters would hold protest demonstrations in front of all police stations in Bengal on Wednesday.

Sources in the BJP said that they were planning to up the ante against the Bengal government over Roy’s death. On Tuesday, the party had called a 12-hour bandh in north Bengal. The strike did not have an impact in tea gardens and the Darjeeling hills.

But sporadic incidents of violence and localised shutdown were reported. Through the day, around 600 BJP leaders and supporters were arrested for disrupting life and causing damage to public properties.

In Cooch Behar, a group of BJP supporters vandalised three government buses at Ghugumari and the incident resulted in police lathi-charging bandh supporters and arresting many of them.

Clashes between Trinamul and BJP supporters were reported at several places in north Bengal. Some Trinamul offices in Tufangunj subdivision were allegedly attacked.

In Siliguri, BJP supporters tried to enforce the strike, following which Praveen Agarwal, the president of the BJP’s Siliguri (organisational) district, was arrested from Hashmi Chowk along with party supporters. Some protestors tried to demonstrate on NH31, but they were soon dispersed by the police.

“The Hemtabad MLA was a nice human being and his death is sad… But we condemn the manner in which the BJP is trying to politicise his death,” said senior Trinamul leader and former Calcutta mayor Firhad Hakim.