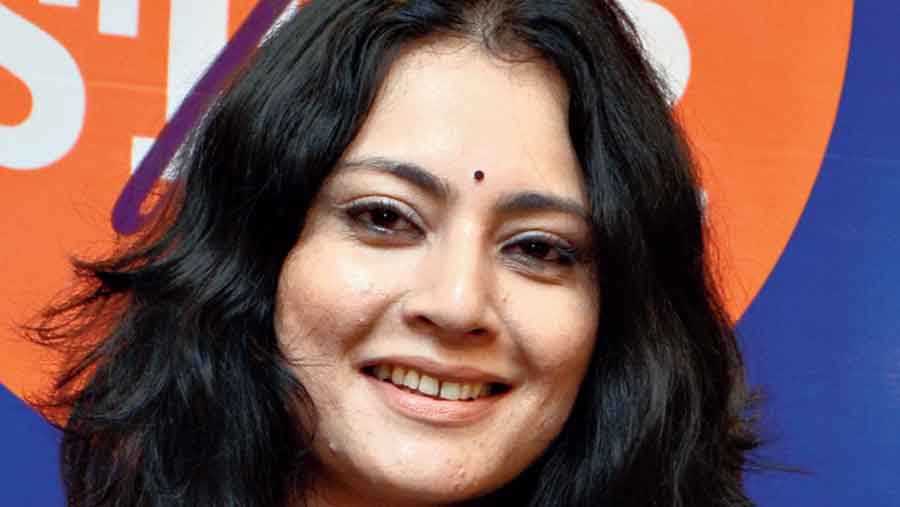 The Bengal BJP’s discomfiture continued on Tuesday as it faced embarrassment from two sides.

While the absence of three general secretaries from an important meeting presided over by the state party chief sparked speculations, Asansol South MLA Agnimitra Paul — also the party’s unsuccessful MP nominee for the just-held Asansol bypoll — wrote to the central leadership blaming a section of Asansol district leadership for her defeat.

Responding to the absentees at the party meeting, state party president Sukanta Majumdar said: “This meeting was not meant for all state office-bearers. Only people to get specific tasks for upcoming programmes had been invited. The three (general secretaries) were not there because the meeting wasn’t for them.”

Two of the three general secretaries who weren’t invited — MP Locket Chatterjee and Agnimitra — claimed they “had no clue about the meeting” on Tuesday. The third, MP Jyotirmoy Singh Mahato, didn’t take calls from this paper.

Tuesday’s meeting was called to lay out a series of programmes to be taken up by the party from May 2 to 11. Jagannath Chatterjee and Dipak Burman, two other general secretaries, were present at the meeting at BJP state headquarters in Calcutta.

Majumdar added: “I don’t want to say anything about Locket Chatterjee.”

Locket told this correspondent that his remark was “unfathomable” to her as they often spoke over party issues.

Agnimitra echoed Majumdar that it wasn’t needed to invite everyone to all meetings.

However, sources close to her said that on Monday night she sent a report to the party’s national general secretary (organisation), B.L. Santhosh, on why the BJP lost the Asansol Lok Sabha seat — that it had won in 2014 and 2019 — in the April 2022 bypoll. She reportedly said some district leaders did “not want” her to win. A ruckus unfolded at the Asansol BJP office among party workers during the bypoll. Sources said Agnimitra mentioned this in her report too.

Her move became known on Tuesday. Agnimitra did not confirm details but did admit she sent a report.

Several BJP leaders at Tuesday’s meeting said it was disappointing as there was “no introspection” on the bypoll debacles in Asansol and Ballygunge. The feuds and resignations by several office-bearers from party posts weren’t discussed either.

The BJP  will begin a series of events on May 2, which marks the first anniversary of the third Trinamul government, under its “Save Democracy” campaign.

Majumdar said Union home minister Amit Shah was likely to visit Bengal between May 4 and 6.

Though Shah will be attending two government events — one at north Bengal and the other at south Bengal — he will also hold party meetings.

The faintest of references Majumdar or state general secretary (organisation) Amitava Chakraborty made to the bypoll debacles and feuds came in one single line each from the two leaders.

Majumdar sounded complacent while saying that the party could maintain 31 per cent vote share in Asansol. In the 2019, Lok Sabha polls BJP’s vote share was over 51 per cent.

Chakraborty said while the party fought against Trinamul earlier, some party leaders were now fighting among themselves, a reference to the ongoing feud within the party.