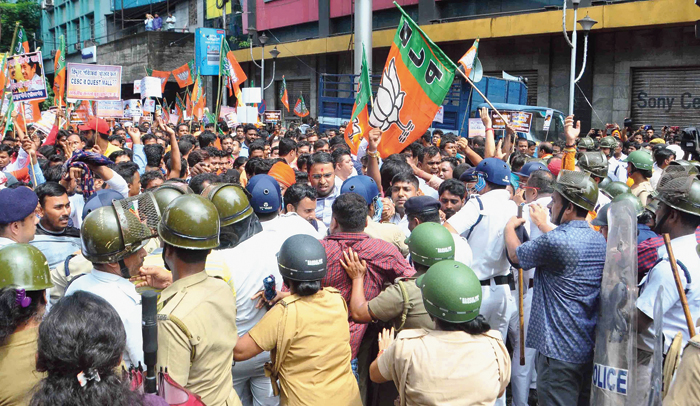 BJP youth wing Bharatiya Janata Yuva Morcha on Wednesday hit the streets against what it called “high” power tariffs in Calcutta and fought pitched battles with police, the belligerence seen as a sign the party was getting into poll mode ahead of next year’s civic elections.

Sources in 6 Muralidhar Sen Lane, the Bengal BJP headquarters, said the plan was to highlight “people’s issues” and embarrass the Mamata Banerjee government. “This was only the warm-up match…. more such programmes are likely after the festival,” said Sayantan Basu, a BJP state general secretary who had joined the protest. He was detained with over 100 BJP supporters and released later.

“There are innumerable issues, but the most important is the corruption that turned many Trinamul councillors super rich in a few years and we will highlight that,” a source said.