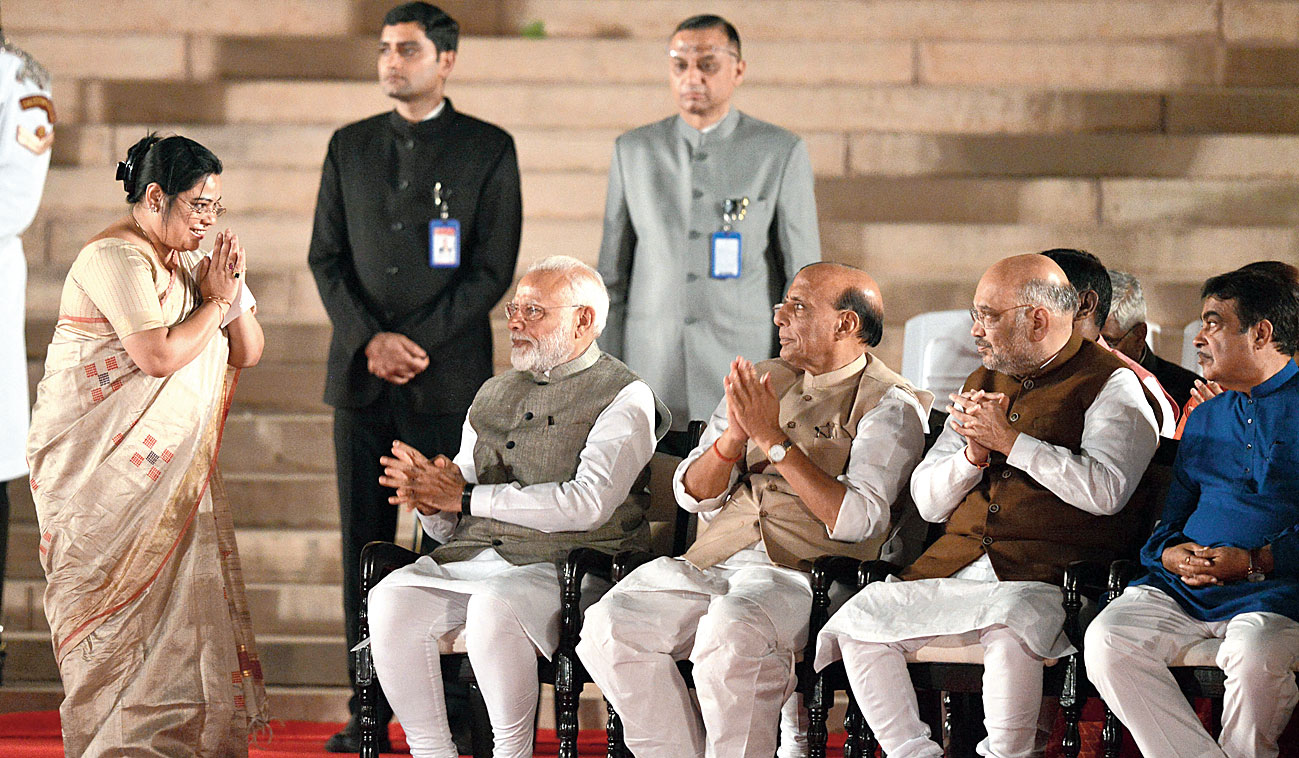 Union minister of state for women and child development, Debasree Chaudhury, on Sunday said the BJP could crush the Trinamul Congress at will before adding that the saffron party would wrestle Bengal democratically.

“Trinamul is fast become irrelevant but its goons are turning the state into a terror land. It must not be forgotten that the BJP is a party with presence at every nook and corner of the country. With regular resignations of its leaders and workers, Trinamul is turning into a politically insignificant party. If we wish, Trinamul would be just crushed,” the Raiganj MP said.

She, however, added that the BJP would take on Trinamul politically. “We are still exercising patience. However, if Trinamul keeps resorting to atrocities, we will urge the central government to bring the issues to the notice of the President of India. We should not be compelled to go that far.”

Chaudhury made the statement while referring to the death of purported BJP works at Sandeshkhali.

She was travelling by road to Calcutta from Raiganj.