Foresters managed to tranquilize a bison around 11am, while the other gaur returned to the nearby Bhuttabari forest 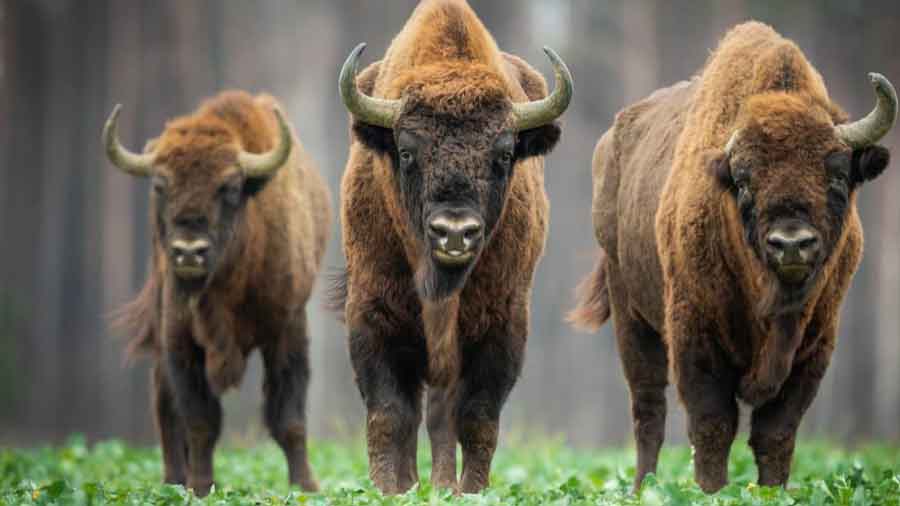 Two gaurs (Indian bison) early on Sunday morning strayed into a tea garden in Jalpaiguri district and later went on a rampage injuring three workers, including a woman.

The incident took place in the Meenglass Tea Estate near Malbazar of Jalpaiguri.

According to sources, the bisons reached near the staff quarter early on Sunday morning in the garden. The workers when spotted the animals became worried and started bawling. Some of them also gathered on Meenglass-Mal state highway to watch the animals.

“The bisons started running aimlessly because of the mob and went away. Later, a gaur attacked a garden worker Thakur Oraon from behind when he was returning home after attending to natures call. Also, two other workers Asha Indwar and Piyush Munda were injured by the animals,” said a source.

The injured are admitted to Malbazar sub-divisional hospital.

Later, a tranquilizing team from Jalpaiguri, foresters from Malbazar and police reached the spot. They managed to tranquilize a bison around 11am, while the other gaur returned to the nearby Bhuttabari forest.

Local people later claimed that they had spotted four gaurs in the morning. Two of them returned to the forest while other two went on the rampage.