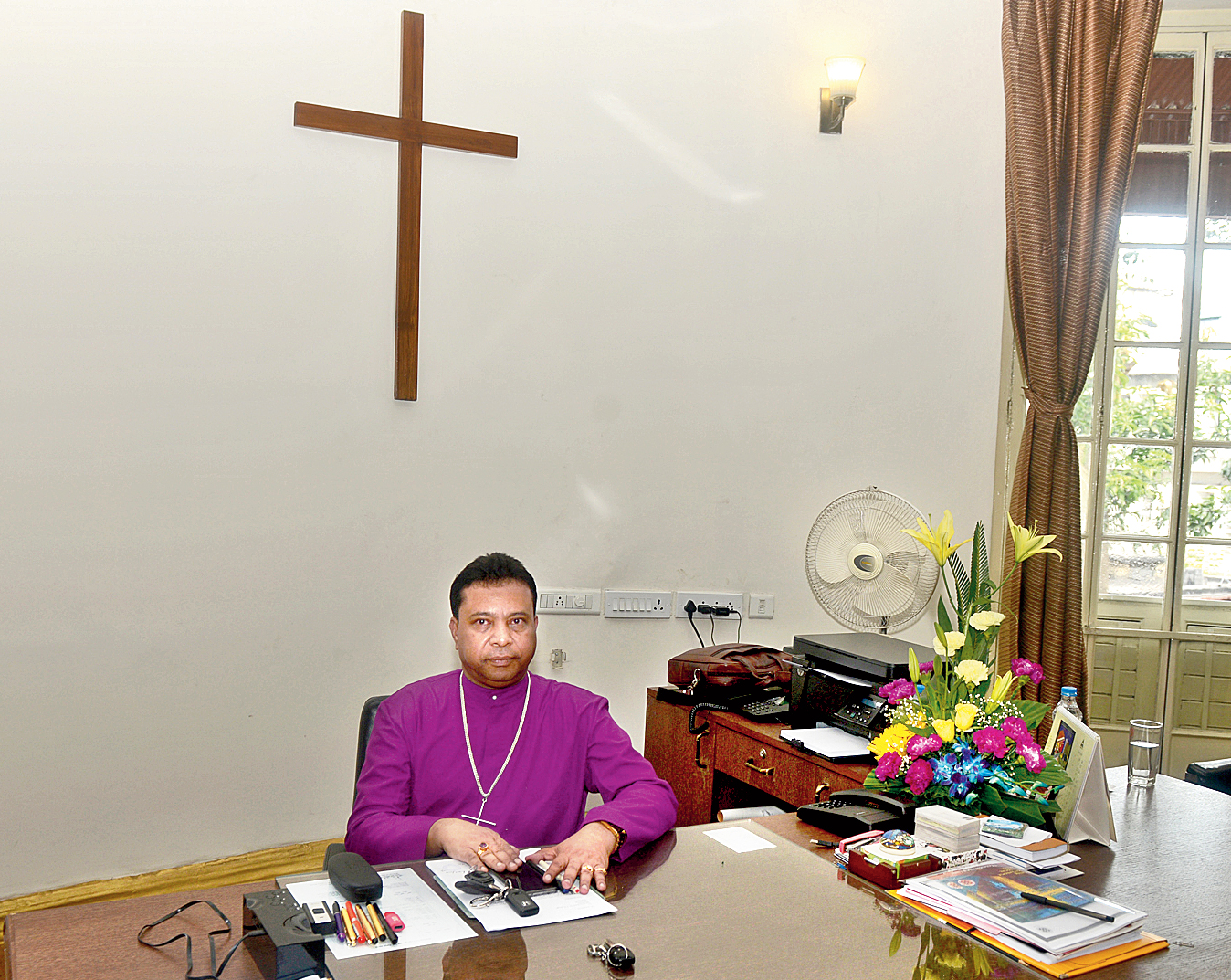 The bishop of the Calcutta diocese of the Church of North India (CNI) was transferred on Monday and told to return to being the full-time bishop of Durgapur, from where he had come to Calcutta last August.

Reverend Paritosh Canning, 50, the bishop of the Barrackpore diocese of the CNI, has replaced Reverend Probal Kanta Dutta.

CNI bishops can head a diocese till they are 68.

No bishop of any of the three dioceses in Bengal had ever been transferred till Reverend Dutta was brought to Calcutta from Durgapur, a Church official said.

A number of changes were brought about in the top management of some reputable schools in Calcutta — such as La Martiniere and St James’ — since Reverend Dutta took over.

Michael Shane Calvert became secretary of the La Martiniere schools in November after the post fell vacant following Supriyo Dhar’s resignation. Dhar had been secretary of both institutions for a decade.

At St James’, Terence Ireland, who was principal for 18 years, was denied an extension.

The bishop of the Calcutta diocese is chairman of the boards of governors of both schools.

Speculations were rife on Monday on whether there would be another round of changes.

A special meeting of the synod, the highest policy-making body of the CNI, decided in Delhi on Monday morning that Reverend Canning would head the Calcutta diocese with immediate effect, Joshua Rathnam, an official of the synod, told Metro.

After the meeting, two representatives of the synod’s executive committee — Rathnam and Suresh Jacob — flew down to Calcutta.

Reverend Canning assumed charge in their presence at Bishop’s House on Chowringhee Road. 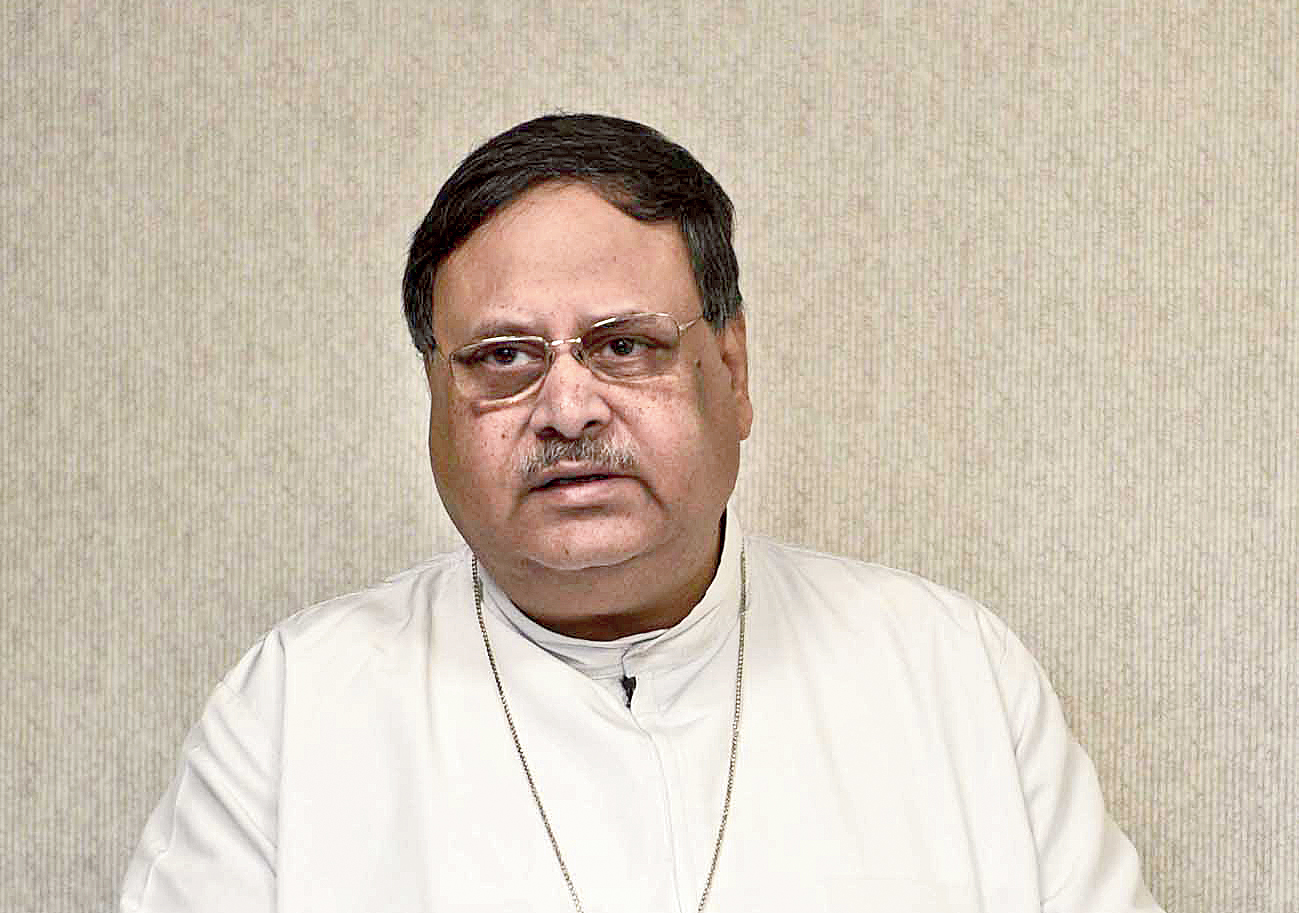 Reverend Canning was vice-president of the Calcutta diocese and had been part of the CNI teams that formulated policies of the Church related to education and health over the past 15 years, officials said.

“I feel honoured to get the responsibility to run the Calcutta diocese. Church policies are always aimed for the wellbeing of the people. I will try to implement the policies as best as possible,” Reverend Canning told this newspaper after assuming charge.

He will be “installed” as the 21st bishop of Calcutta at St Paul’s Cathedral on Tuesday.

Reverend Dutta told this newspaper over the phone from Delhi: “I am ready to obey the decision of the Church. I will go back to Durgapur. As the head of the diocese my job is to work for the people, especially the poor and downtrodden.”

Reverend Dutta is deputy moderator of the synod and attended the executive committee meeting that decided on his transfer.

Last August, Reverend Dutta had been appointed Calcutta bishop after the synod removed Reverend Ashoke Biswas, who was on extension.

Reverend Biswas had been the Calcutta bishop since 2008. Reverend P.S.P. Raju, whom Biswas had succeeded, had also served for 10 years.

Rathnam described Reverend Dutta’s transfer as “routine” and said there was a provision of transfer in the constitution of the synod.

“There is a provision in the synod’s constitution that allows it to transfer a bishop from one diocese to another if it feels necessary. The executive committee at its special meeting today unanimously decided to appoint Reverend Canning as bishop of the Calcutta diocese because there was a demand from the Durgapur diocese to get Dutta back,” said Rathnam.

“Transfer of bishops had not taken place in Bengal. But this is common practice in other parts of the country.”

After Reverend Dutta had taken charge as Calcutta bishop, Reverend Biswas moved court challenging the decision. The tenure of Reverend Biswas as head of the Calcutta diocese was not extended last year on the ground that he had not applied for an extension.

The synod had unanimously decided to extend the retirement age of CNI bishops from 65 to 68 in 2017. But the amended rule did not apply to Reverend Biswas as he had completed 65 in 2016.

Reverend Biswas’s case is likely to be heard by the city civil court on Tuesday.

A whole-time bishop is usually appointed through an election.

However, according to the synod “a bishop, once elected, can serve any of the 27 dioceses no matter which diocese he belongs to”.