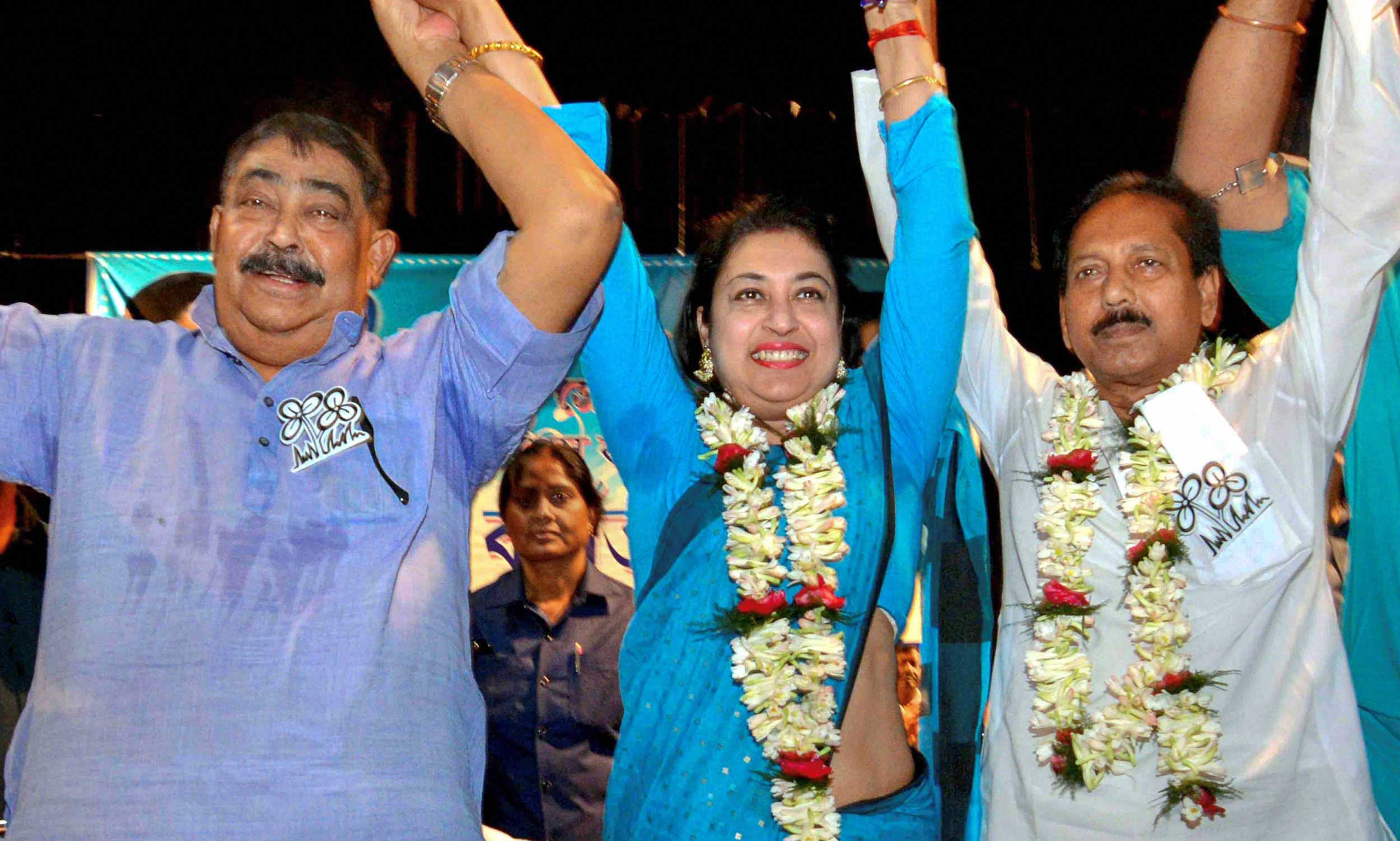 Birbhum Trinamul Congress chief Anubrata Mondal courted a controversy on Sunday by asking district public prosecutor at a party election meeting to arrange for bail of a murder accused.

Trinamul leader Abdul Hoque Kaderi aka Ujjwal had been arrested for his alleged role in the murder of party functionary Dipak Ghosh in Birbhum’s Khoirasol last year.

Mondal was addressing a meeting organised by the district Trinamul at Rabindra Sadan auditorium in Suri when he gave the “instruction” to Malay Mukherjee, the public prosecutor and a district vice-president of the party.

While talking about the situation in Khoirasol, Mondal said: “Malay, Ujjwal er bail koriye dao (Malay, arrange for the bail of Ujjwal).”

The Trinamul candidate for Birbhum Lok Sabha seat, Satabdi Roy, was also present at the meeting.

Ghosh was the Khoirasol block committee president of Trinamul when he was killed in October last year. The murder was attributed to the factional feud in Trinamul over control of coal pilferage.

Police arrested Kaderi, who was also the Khoirasol block president of Trinamul, in January.

“Ahead of elections Kestoda (as Mondal is known among Trinamul workers) directed all leaders in Khoirasol to work together to ensure a big lead for Satabdi in the area. So, supporters of Ujjwal demanded bail of their leader. Kestoda casually asked the public prosecutor to arrange for his bail,” a Trinamul leader said.

Jayanta Narayan Chatterjee, a senior lawyer of Calcutta High Court, said: “This is totally illegal. No political leader can ask a public prosecutor to arrange for someone’s bail. It is the discretion of the court to take a decision on a bail petition and whether the person concerned could be released on bail. This is nothing but interference in the functioning of the judiciary.”

The CPM and the BJP said they would take up the matter with the Election Commission as they considered Mondal’s instruction to the Birbhum public prosecutor as a violation of model code of conduct.

Ram Chandra Dom, a central committee member of the CPM, said: “We are surprised that the public prosecutor was present at a party meeting. It is the job of the public prosecutor to ensure punishment of the guilty in criminal cases. The direction of the Trinamul chief shows how government panelled lawyers are influenced politically. We will write to the Election Commission.”

BJP district president Ramkrishna Roy described Mondal’s statement as “shameful” and said a complaint would be lodged with the Election Commission as soon as possible.

Asked about his statement, Mondal said: “Law will take its own course.”

Public prosecutor Malay Mukherjee, when asked whether it was proper for him to attend a political meeting, said: “Of course I can be present as I am a vice-president of the party in the district. I also look after the legal wing of the party.”

On Mondal’s instruction to arrange for the bail of a murder accused, Mukherjee said: “He is a politician and can say anything. But law will take its own course.”

District magistrate and district returning officer Moumita Godara Basu said he would take a decision on violation of model code of conduct after seeing the video of the meeting.

“Observation team from the election cell was present at the meeting and video-recorded it,” said the DM.

Asked whether Mondal’s statement was a violation of the model code of conduct, a senior Birbhum official associated with the election work said: “It was definitely an attempt to influence a government panel lawyer. But we will have see whether he is finally influenced.”