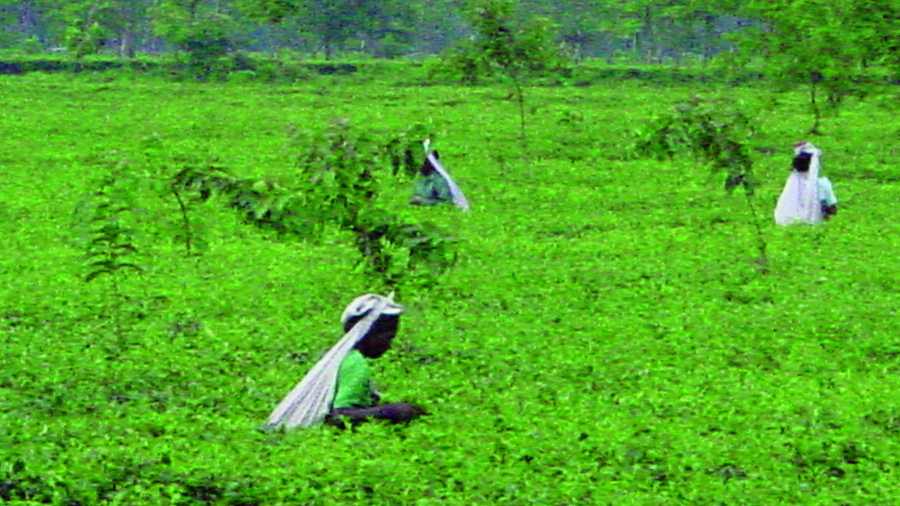 The small tea sector in north Bengal, which accounts for more than 55 per cent of the tea produced in Bengal, is faced with an unprecedented crisis.

Rising production cost and lower price realisations are posing a threat to the livelihood of over 4 lakh people involved in the industry.

In the northern districts of the state which produce the brew, the small tea sector has emerged as the principal contributor to the Bengal’s total production of tea in the past four-five years because of the high yield of small tea plantations that have mushroomed over the past two decades.

Production in large tea estates, in contrast, have stayed more or less stagnant.

However, over the past few months, the small tea sector, particularly the bought-leaf factories (BLFs) — the standalone factories which buy tea leaves from small tea growers and process it — are confronting the twin troubles of high cost and low returns that have thrown the economics of these units haywire.

In north Bengal, there are around 200 BLFs, spread across the districts of North Dinajpur, Darjeeling, Jalpaiguri, Alipurduar and Cooch Behar. There are also 50,000 small tea growers and around three-and-half lakh workers are engaged in the small tea sector, comprising tea plantations and in the BLFs.

“The cost of production has increased because of the rise in coal prices and some other components. On the other hand, tea made in the BLFs are not getting competitive prices, whether in auctions or during private sales,” said Prabir Seal, adviser, the North Bengal Tea Producers’ Association, an organisation that represents the BLFs, while explaining the stress facing the sector.

According to him, there are apprehensions that around 50-odd factories may close down at any time. “There are also doubts as to how long the other BLFs in the region would be able to run their operations as their viability is in question,” he added.

Some BLF owners said that in the Siliguri tea auction centre, the weekly average price of a kilo of tea from the tea estates that was auctioned at the end of October this year was Rs 184.07.

This price is calculated by considering the prices of all varieties of tea which are placed for auction on a particular date.

But realisations were even less than the price set on the auction date, the BLF owners said.

“For instance, the price of a kilo of BLF tea that is realised ranges from Rs 125 to Rs 142. This lower yield has become a major cause of concern for us,” said one of the owners.

Bijoygopal Chakraborty, the president of the Confederation of Indian Small Tea Growers Associations (Cista) — a national level apex body of growers — said they often get lesser price of their tea leaves, which at times, does not cover even their cost of production.

“The BLFs are our principal buyers. Now if these units start closing down, there will be an imbalance in the demand and supply of tea and we apprehend that the prices would go down further. It will have a cascading effect on the growers and ultimately the workers,” said Chakraborty.

Mani Kumar Darnal, a tea trade union leader, said there is a risk that thousands of workers could turn jobless in the coming days.

“If the BLFs stop their operations, the workers would be jobless. Many of them are sole earners of their families and it would lead to a new economic crisis which we had witnessed around 15-20 years back when tea estates had closed down one after another,” Darnal said.

Those associated with the sector mentioned that the situation demands immediate intervention from the state and the central governments.

“The state government and the tea board should consult stakeholders and take initiatives to help us in tiding over the situation. The sector can be provided with certain subsidies and other assistance so that there is financial sustainability,” said the Cista president.

Tea industry insiders said that the impact of any distress in the sector will be immense because of its size.

In the small tea sector, most growers are first-generation entrepreneurs.

They, along with the BLFs, have created a new option for employment in rural areas in the past two decades.

“In tea industry, hardly any major employment opportunity was created in the past 20 years in the tea estates. It is the small tea sector which has created new employment and because of that there has been swifter economic development in villages, even in the non-traditional tea belts,” said a trade union leader.