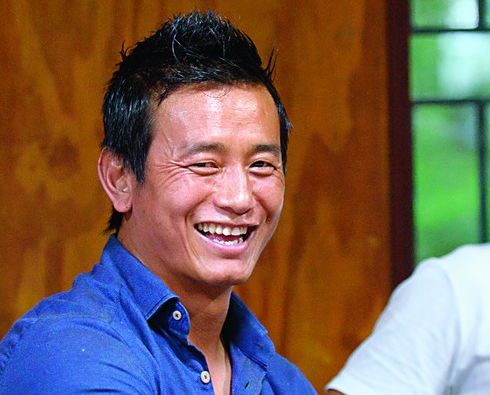 Asked if the two parties would go in for a pre-poll alliance, Bhutia said this was only the first meeting between them and it would take time before both the parties take a decision on it. “The Hamro Sikkim Party and the SKM will work for the people of Sikkim and the betterment of Sikkim. Whatever work we do will be in the interest of Sikkim,” he said.

The SKM is the largest opposition party in the state, and this is its first attempt at forming an alliance ahead of the polls. The HSP, on the other hand, had already held preliminary talks on a possible alliance with the BJP.

In the 2014 Assembly elections, the SKM was supported by the Sikkim Sangram Parishad, which had ruled the state for three terms in the 1980s and early 1990s. Sangram president Dil Kumari Bhandari had recently asked the SKM to decide whether or not it was interested in an alliance this time as well.

“We have written to her, telling her that the CEC of our party will meet and take a decision on it,” said Golay.

An analyst said a grand alliance of anti-SDF forces would work to the disadvantage of the ruling party, which has been in power in the state for over 24 years. “Since the day he was released from jail after serving a one year term in a corruption case in August last, Golay has been calling for opposition unity. His meeting with Bhutia today is the first step taken on the ground towards that end. An alliance of anti-SDF forces will make the ruling party uncomfortable,” said an analyst.

The analyst also said the possibility of an alliance would hinge on the seat-sharing agreement. “The alliance will depend on how many seats the SKM is willing to concede to other parties since being the largest opposition party, it would ideally want to field its candidates in the maximum number of seats.”

The SKM had won 10 out of the 32 seats against SDF’s 22 in the last elections. But seven of its MLAs later defected to the SDF.