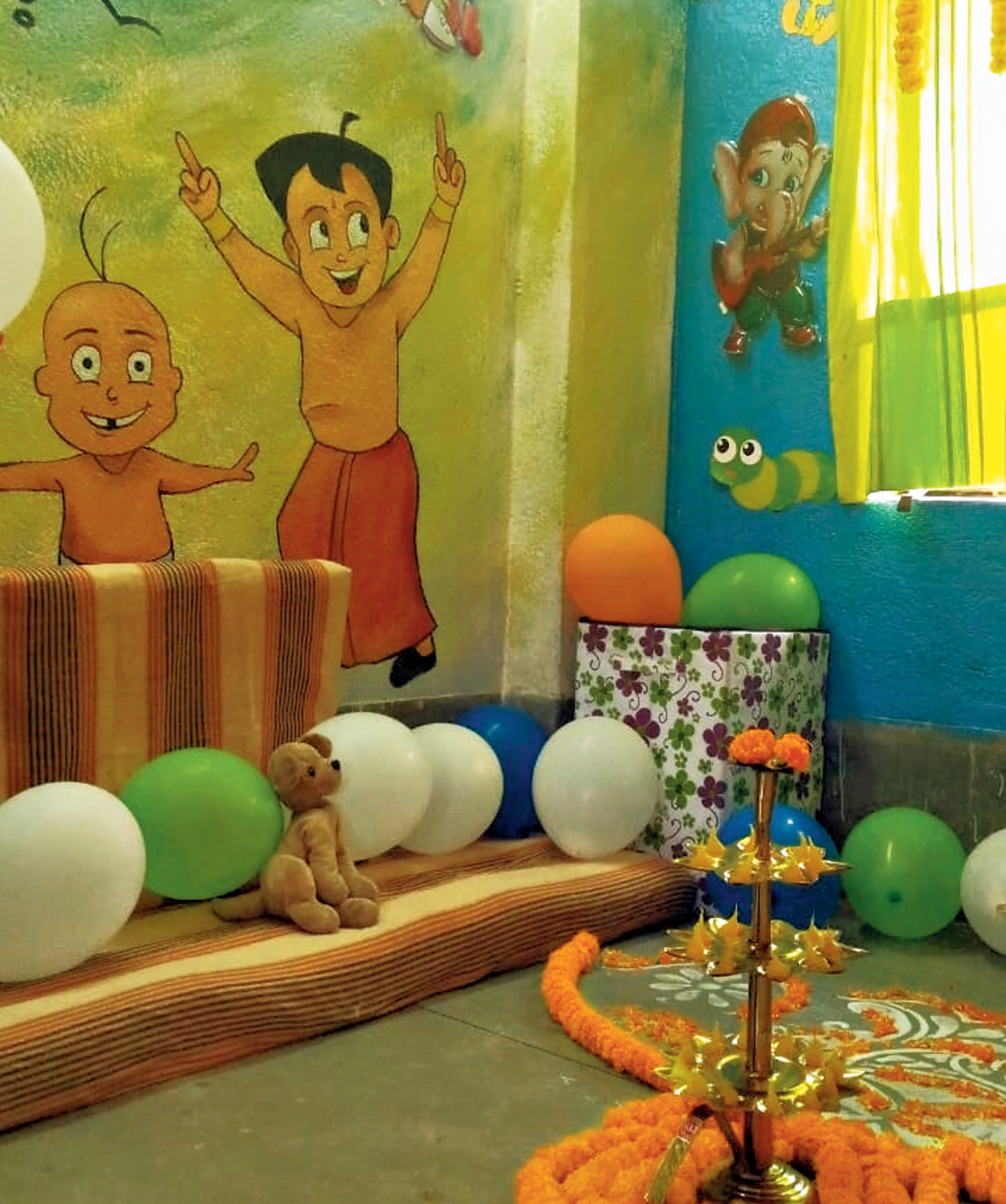 A kids’ corner that was inaugurated at Canning women’s police station on Thursday to remove the fear of cops among children and encourage them to report instances of human trafficking and other crimes against women that are rampant in the area.
Telegraph picture
Monalisa Chaudhuri   |   Calcutta   |   Published 15.11.18, 08:40 PM

A 22-year-old trafficking survivor diagnosed with HIV after her rescue from a brothel in Mumbai has received Rs 4 lakh in compensation from the Bengal government after more than a year of fighting for her right to be recognised as an Indian citizen and treated with dignity.

The woman, a resident of a South 24-Parganas village, had escaped two forced marriages before a man she knew trafficked her to Mumbai. She was 18 at the time.

A police raid on the brothel last year freed her from prostitution but the authorities wouldn’t believe that she was an Indian. “Some officers of Mumbai police were under the impression that I was a Bangladesh national. They simply refused to believe that I was from Bengal,” she recalled.

Her ordeal temporarily ended after the Maharashtra government sent her details to the West Bengal Task Force, a wing of the Bengal government that tackles human trafficking, for verification. Her details were verified by Goranbose Gram Bikash Kendra, an NGO in Canning.

On returning to her village, the woman realised that she no longer had a home. “My parents did not want me back and I did not have an education. My circumstances were very difficult,” she said.

The next hurdle was filing a complaint against the man who had trafficked her.

“I was asked to undergo a medical test at a Canning hospital, where the authorities were very insensitive. They asked me to take my clothes off for the medical examination in front of people who had no business being there. I refused to get my medical examination done in the presence of others,” the woman said.

She visited the local police station and several government offices to submit letters stating that she wished to bring her trafficker to justice and that she would consent to being medically examined only in private. Her request was accepted.

According to the woman, the district police were “very helpful”.

Just when her life seemed to be getting back on track, she tested positive for HIV. “The diagnosis came as a big shock to her,” said Subhasree Raptan of Goranbose Gram Bikash Kendra.

The struggle for compensation started in May last year and 16 months went by before the cheque arrived. “Compensation to trafficking survivors varies from case to case,” Raptan said.

“It depends on the age at which the survivor was trafficked and whether she has suffered any injury, temporary or permanent.”

While Rs 4 lakh appears too little a salve on the trauma of a trafficked woman, Bappaditya Mukherjee of the NGO Prantakathan said this was still an improvement on the outcome of past claims in Bengal.

With the Rs 4 lakh in her bank account, the woman intends to set up home with her husband of 10 months and invest the rest in her costume jewellery business.