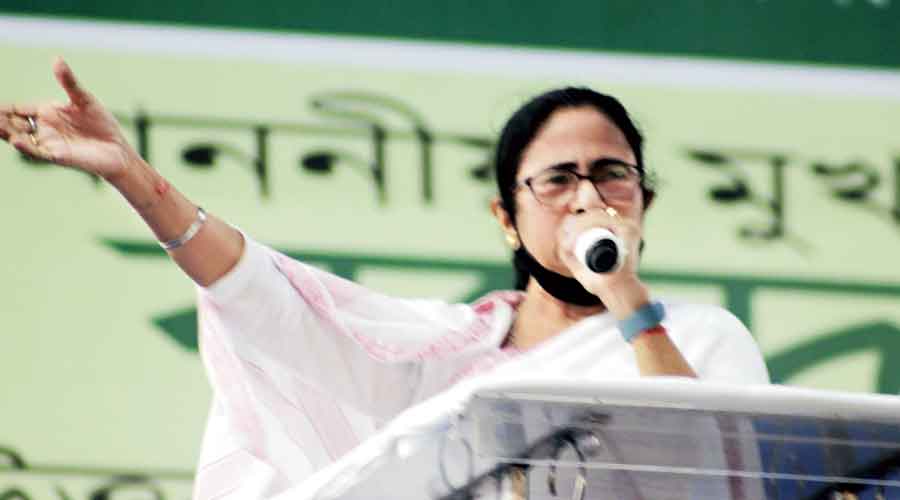 Banerjee, after inaugurating East Bengal museum - Raja Suresh Chandra Memorial Archive - at its Maidan tent here, also said that her government would soon set up a sports university in the city.

The museum houses reels of legendary matches, jerseys and kit of former players, books and documents chronicling the important events of the club.

The CM stated that as an ardent fan of the game, she juggles the ball as and when she finds time.

The TMC boss also said that she coined the Khela Hobe' slogan taking inspiration from this sport.

Khela hobe' (game will be played) was TMC's slogan for 2021 Assembly polls.

"I love the sport (football), I play the sport sometimes. And that is the reason I had coined the slogan 'Khela Hobe'. I want to tell you all that I even juggle a football.

"I was beaten up when the CPI(M) was in power. I have had surgeries on both hands and feet. There is a back injury, too. Nevertheless, I love to play the game," she said.

Banerjee gave assurance that her government would support the dreams of the state's sportspersons.

"We plan to start a dedicated university for sports so that the younger generations, who are interested in sports, do not have to go anywhere else. I promise you that we will always try to support every dream of our sportspersons," she added.

Chance to set house in order