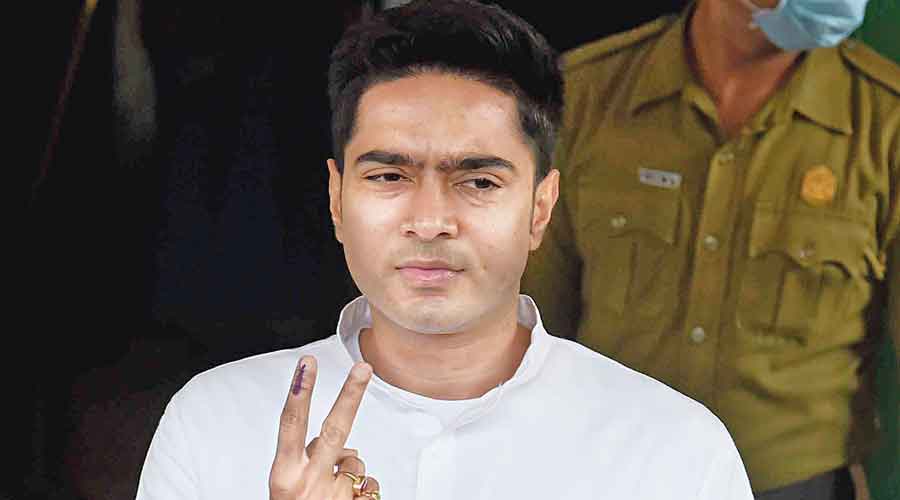 Posters claiming that a "new and reformed TMC will come into being in six months", bearing photographs of party general secretary Abhishek Banerjee but not of Bengal chief minister Mamata Banerjee, have been put up in various parts of Calcutta.

The posters were put up mostly in south Calcutta's Hazra and Kalighat areas, both near the TMC supremo's residence in Bhowanipore.

However, none of the posters bore Mamata Banerjee's photographs, which has seldom been the case in TMC posters since the party's inception in 1998.

Although most of the party leaders remained tight-lipped over the development, TMC state secretary general Kunal Ghosh, who is considered close to Abhishek Banerjee, said there was nothing wrong with the posters.

"Time and again, Abhishek Banerjee has said that we need to learn and improve ourselves. We need to fulfil the aspirations of the masses. So maybe some over-enthusiastic party workers put up posters with his quotes issued in the past," Ghosh said.

According to TMC insiders, the arrest of senior leaders Partha Chatterjee and Anubrata Mondal will have far-reaching consequences within the party as it will further cement the young brigade's grip on the organisation.

Reacting to the development, state Congress chief Adhir Ranjan Chowdhury said these posters were the fallout of an inner-party struggle with the TMC.

"For last one year, an inner-party struggle within the TMC has been out in the open. But whether it's for good or bad, there is no harm in accepting the truth that Mamata Banerjee is still and will remain the driving force behind the TMC," he said.