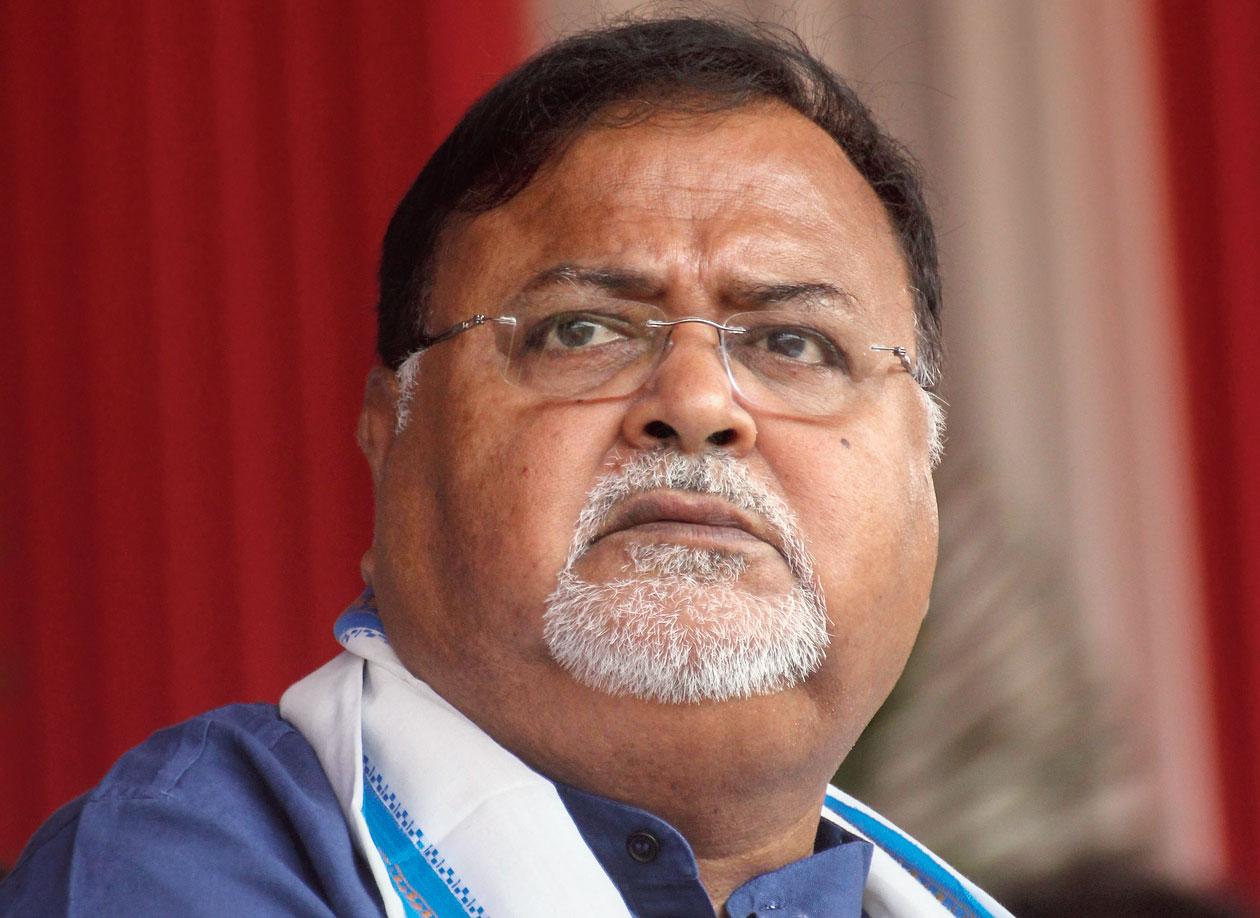 At a hurried called press conference, Partha Chatterjee said since Trinamul had come to power in 2011, Mamata Banerjee ensured that peace prevailed from the Darjeeling hills to the Jungle Mahal.
Telegraph picture
PTI And Our Bureau   |   Calcutta   |   Published 09.06.19, 08:38 PM

Stating that there were a few “stray post-poll clashes” in Bengal, the Mamata Banerjee government Sunday claimed that situation in the state was “under control” in a letter to the Centre which had issued an advisory earlier in the day.

Chief secretary Malay Kumar De wrote that “firm and appropriate actions” were initiated in all cases of violence without any delay.

“There have been a few stray post-poll clashes in the state perpetrated by some anti-social elements, the law enforcement authorities have been taking firm and appropriate actions in all such cases without any delay,” De wrote in the letter to the Union home ministry.

“In the instant case under Nazat Police Station in North 24 Parganas district too, police case has been registered and investigation has been initiated, even while the maintenance of peace in the area has kept the police contingents busy on the roads and in the neighbourhood,” the letter read.

“There has been no delinquency in discharge of functions by public officials yet, strict vigil has been kept on the evolved affairs,” it added.

The Chief secretary said: “The situation is under control and it may not be construed under any circumstance to be a failure on the part of the law enforcement machinery of the State to maintain the rule of law and inspire confidence among the people.”

Earlier in the day, the Centre had expressed “deep concern” over continuing violence in the state, saying the “unabated violence” even after the Lok Sabha polls appears to be a failure on part of the state government.

Trinamul secretary general and education minister Partha Chatterjee on Sunday night described the Centre’s advisory as “a political conspiracy of the BJP” to “embarrass” the Mamata government and “insult the people of Bengal”.

At a hurried called press conference here, Chatterjee said since Trinamul had come to power in 2011, Mamata Banerjee ensured that peace prevailed from the Darjeeling hills to the Jungle Mahal.

“The Centre sending an advisory at this point is pointless. Shall we start to shudder in fear? Peace prevails in Bengal. But does it prevail in BJP-ruled states like Gujarat and Uttar Pradesh?” he asked.

The Trinamul leader said that the BJP was perpetrating violence in the state after winning a few Lok Sabha seats.

“We have lost six of our party workers after the polls. The BJP is trying to spread riots across Bengal in its bid to intimidate the state government. We condemn today’s advisory. We will not allow any deterioration of law-and-order in the state in the hands of the BJP,” said Chatterjee.

“Why is the Union home ministry not seeking reports on the deaths of our party workers in Nimta and Barrackpore?” asked Roy.

Mullick, who is also the North 24-Pareganas district Trinamul president, said six party workers had been missing since the violence on Saturday. “We suspect they have been murdered by the BJP-backed miscreants,” he added.