It has been agreed that 15 per cent of the bonus will be paid by October 10 and the remaining 5 per cent before Diwali: Darjeeling Tea Association 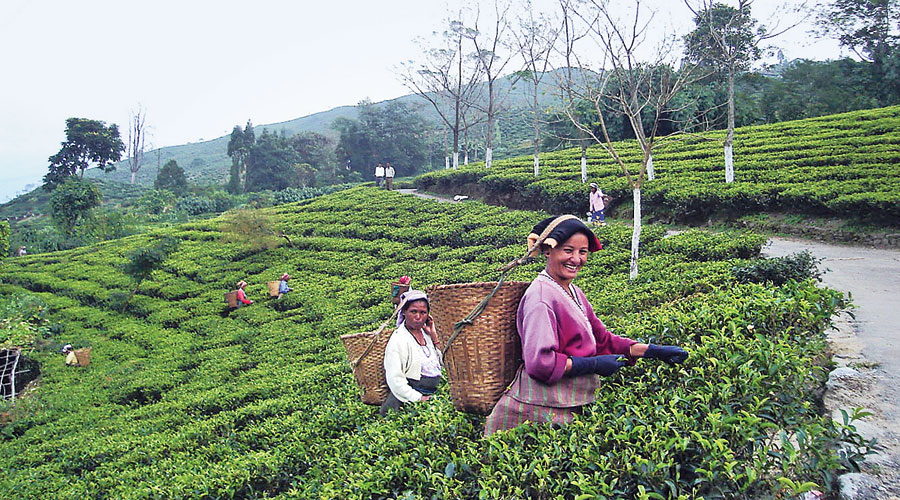 The Darjeeling Tea Association (DTA) on Sunday agreed to pay annual bonus to tea garden workers in two instalments of 15 and 5 per cent, but the announcement failed to bring much cheer in the hills as  most trade unions — barring the Binay Tamang camp of Gorkha Janmukti Morcha — protested against the phased payment.

Even the Trinamul Congress union, an ally of the Morcha, protested against the instalment agreement that the Binay camp had cleared.

The tea gardens from the plains of Darjeeling, Jalpaiguri and Alipurduar districts agreed to pay bonus at the rate of 20 per cent of the workers’ annual earnings at one go.

Sandeep Mukherjee, principal advisor, Darjeeling Tea Association (DTA), said: “It has been agreed that 15 per cent of the bonus will be paid by October 10 and the remaining 5 per cent before Diwali.”

Sixty-six gardens from the hills are with the DTA while 12 gardens are members of the Indian Tea Association. Though there are technically 87 tea gardens under Darjeeling Tea Industry as per lease documents, many have been merged for management reasons into 78 gardens.

Last year, too, hill gardens had agreed to pay bonus in two instalments of 12 and 8 per cent, respectively. While the first bonus was to be paid during Puja time, the second was to be paid by December 31. Unions admitted that some gardens did not honour the December 31 agreement.

N.B. Khawash, general secretary, Chaibagan Trinamul Congress Mazdoor Union said: “We are against the instalment mode of payment as we have a bitter experience regarding second instalments. Longview tea garden has not yet paid last year’s second instalment while Rohini (another tea garden) paid just day before yesterday (Saturday).”

Suraj Pathak, CPM leader and member of Joint Forum, said: “We smell a nexus between the union (Binay camp) and management. The management is trying to deal with only one union which is extremely bad for the industry.”

Pathak said Opposition parties had registered their protest on the instalment mode of payment and hence were not party to this clause of the agreement.

“The job of other unions is to make allegations and we have nothing to say,” said Thakuri. He added the management had refused to hike beyond 18.5 per cent, and then proposed two instalments of 10 per cent each, one before Puja and another by December 31, “which we (the DTDPLU) refused”.

The Morcha leader said that with the management insisting on instalments, they proposed a 18 per cent and 2 per cent break-up that the management refused. “We settled at 15 and 5 per cent as other unions were not taking initiative. The payment (of the two parts) will be made within a difference of 15 days,” said Thakuri.