It took 44 days for Bengal to attain the tally of 5,08,001 after it had gone past the 1 lakh test milestone 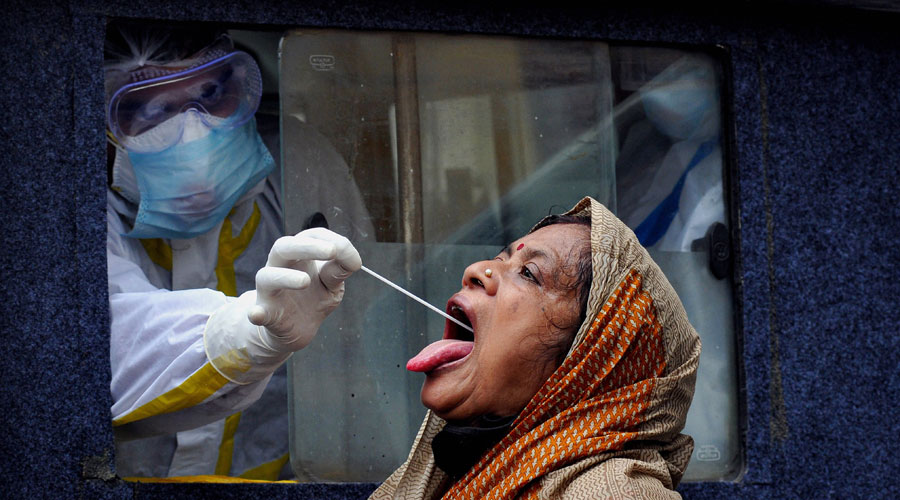 Bengal on Thursday went past the landmark of total 5 lakh Covid-19 tests with 10,405 tests in 24 hours and became the seventh state to reach the figure.

It took 44 days for Bengal to attain the tally of 5,08,001 after it had gone past the 1 lakh test milestone. The state started Covid-19 testing in the first week of February and took over three-and-a-half months to get past 1 lakh on May 19.

“Some other big states got to this stage earlier than us, but they had many more Centre-approved laboratories to begin with. When we started out, we just had one. Now, we have 51,” he added.

However, owing to the considerable rise in new cases, the positive confirmation rate — the percentage of people found infected among those tested — deteriorated from 2.77 to 3.9 per cent in a month.

Of the 649, around 97 per cent were reported from districts that experienced high volumes of returns of migrant workers and others stranded elsewhere in the country during the initial stages of the lockdown. Calcutta alone reported 218 cases.