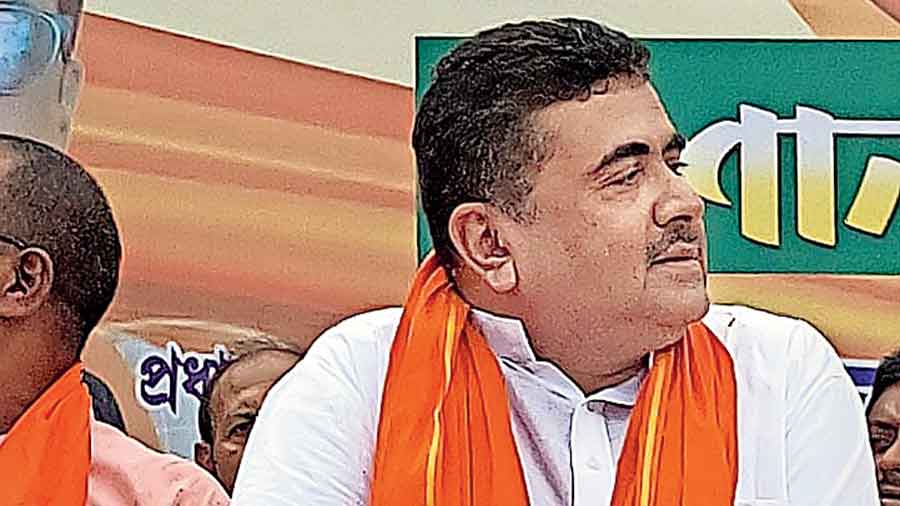 West Bengal Speaker Biman Banerjee and the BJP on Wednesday sparred over paying homage to Bharatiya Jan Sangh founder Syama Prasad Mookerjee on the assembly premises on the occasion of his 121st birth anniversary.

Banerjee expressed disappointment over Leader of Opposition (LoP) Suvendu Adhikari and other BJP MLAs not being present during his garlanding of a portrait of Mookerjee in the assembly hall, and said it was "unprecedented".

The BJP, on the other hand, said its members do not need to learn how to pay tribute to a great son of Bengal, and claimed that the speaker himself had on several occasions broken traditions, but did not cite any example.

After paying floral tributes to the portrait in the first half, Banerjee told reporters, "Neither was the LoP nor was any member of his party present. In the past, LoPs such as Abdul Mannan of Congress, Surjya Kanta Mishra of CPI (M) or Sujan Chakraborty of Congress hadn't acted in such a way during such solemn occasions when we offered our tributes together forgetting our political differences."

While Banerjee was saying this, Adhikari and other BJP MLAs were at the BJP chamber located beside the assembly hall.

"I have come to know that they are paying respect to Syama Prasad Mookerjee separately as a party but not together as stakeholders of this august House. This is sad," Banerjee added.

Later, Adhikari and other BJP MLAs, however, came to the assembly hall and placed floral wreaths before Mookerjee's portrait but the speaker and TMC legislators had left by then.

"All of us later went to the assembly hall and paid floral tribute to Mookerjee. Instead of criticising us, the speaker should guide TMC MLAs on how to come to the aid of Hindus during attacks on their properties and how to stop politics of appeasement. The ideals that Mookerjee stood for are not being honoured by the state government and the ruling party.

"The speaker should take off tinted glass coloured by his partisan views. He will then see the reality. He must learn to respect the Opposition and not work at the TMC's behest," BJP's Asansol South MLA Agnimitra Paul told PTI.

At a programme in Kolkata, BJP state president Sukanta Majumdar said Bengalis have been made to forget the sacrifices of Mookerjee for achieving a "homeland for Bengali Hindus".

Adhikari led a rally from Golpark to Hazra in memory of Mookerjee.

"To realise Mookerjee's dreams for safety and security of Bengali Hindus, appeasement-practicing TMC must be removed from power and a BJP government installed in West Bengal," he said.

The LoP, however, faced protests from a fringe outfit, Sanatan Hindu Samaj, when he visited Mookerjee's residence in south Kolkata.

The demonstrators said a "Narada scam-tainted person like Adhikari" must not be allowed to enter Mookerjee's residence, to which the LoP said the "little-known outfit was floated by TMC and has no following among devout Hindus".

A scuffle broke out between BJP and Sanatan Hindu Samaj activists which was broken up by the police.

BJP organised programmes in several parts of the state on the occasion, including Balagarh and Chinsurah in Hooghly district, Gopalnagar in North 24 Parganas, and Coochbehar and Dakshin Dinajpur districts.