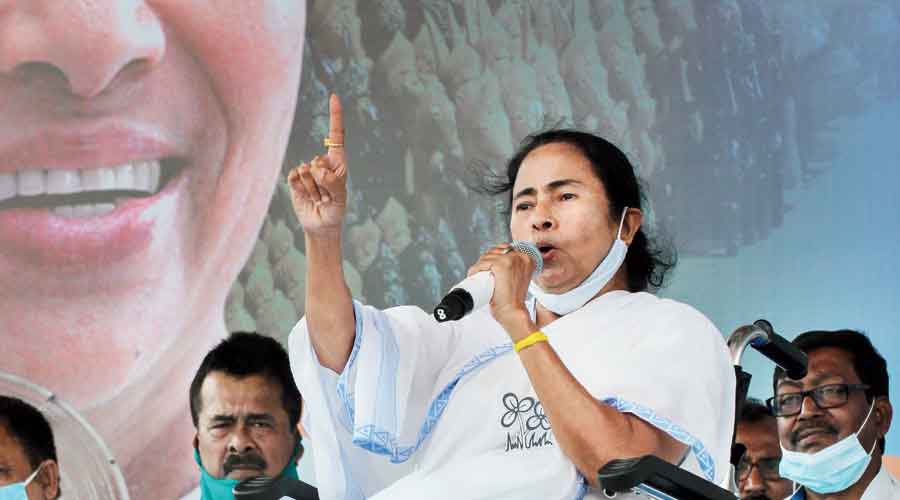 Bengal Chief Minister Mamata Banerjee on Wednesday alleged that the BJP has contributed to the recent rise in Covid-19 cases in the state by bringing "outsiders in large numbers" for campaigning during the ongoing assembly elections.

Addressing a poll rally in Jalpaiguri, Mamata also accused the BJP-led government at the Centre of not responding to the state's plea to vaccinate a majority of people, which could have helped contain the spread of the disease.

"They (BJP leaders) have brought outsiders for campaigning and contributed to the rise in Covid cases. We had managed to get hold of the Covid situation, they made it complicated," she said at the public meeting.

Speaking on the Election Commission's decision to prohibit her from campaigning for 24 hours, she said, "Is it a fault to ask Hindus, Muslims and others to vote together? What about Prime Minister Narendra Modi who is mocking me at every election meeting? Why is he not banned from campaigning," she asked.

The Election Commission had barred Mamata from campaigning for 24 hours from Monday 8 pm for her remarks against the central forces and a statement that had alleged religious overtones.

Accusing the prime minister and Amit Shah of peddling lies at poll rallies, the TMC supremo said, "The Centre has kept the NRC and the NPR bills alive, but the home minister had claimed at a meeting at Lebong in the hills that he had no plans to enforce the National Register of Citizens."

"Don't trust them. If they come to power, you may face the same experience like the 14 lakh Bengalis in Assam (referring to the final NRC in the northeastern state). BJP is a dangerous party which is trying to divide Bengal," she claimed.