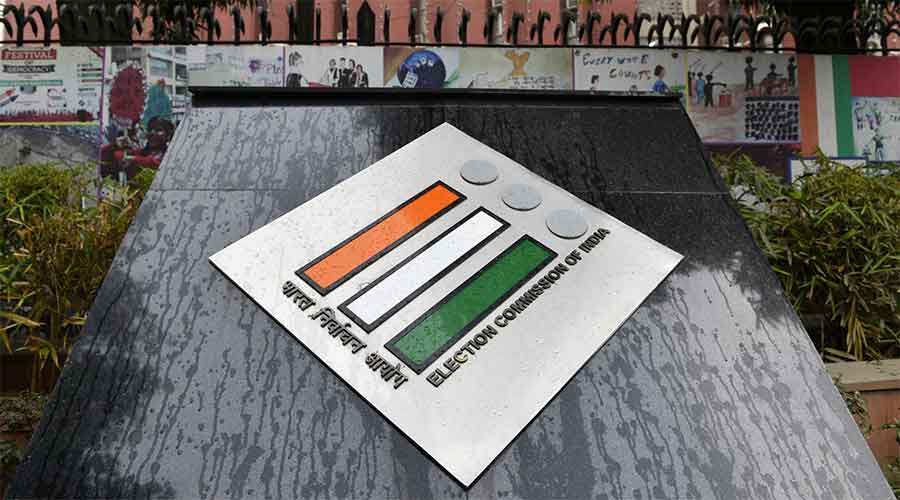 The disposal of claims and objections would be allowed till January 5. The roll would be published on January 15.
FIle picture
Meghdeep Bhattacharyya   |   Calcutta   |   Published 10.11.20, 04:37 AM

Opposition parties in Bengal on Monday urged the Election Commission of India to ensure the sanctity of the electoral roll revision process, curtailed this time because of the pandemic, to ensure free and fair polls.

During an all-party meeting convened by the EC, all major Opposition parties — the BJP, the CPM and the Congress — raised concerns over the alleged misuse of the state machinery during the special summary revision process.

Trinamul also urged the poll panel to ensure an error-free roll and ruled out the possibility of foul play from the state’s end.

Trinamul, which went out of its way to help returning migrant workers stranded for months, stressed the need to add migrants to the roll.

“Booth-level officers play a pivotal role in the revision process. An error-free role is of foremost importance for free and fair polls. Booth-level officers are usually contract teachers, under total control of the state government, specifically, under education minister Partha Chatterjee (Trinamul secretary-general),” said BJP state vice-president Jay Prakash Majumdar. “We voiced those concerns in the presence of Parthada.”

Chatterjee, however, dismissed the suggestion. “All state government officials are directly under the supervision and control of the commission during poll-related processes. The possibility (of foul play) does not arise,” he said.

“We specifically told the commission about the need for proper addition to the roll of the lakhs of migrant workers who have returned to Bengal,” he added. Trinamul sources said they were keen that such people vote as they are likely to be angry at the BJP-led Centre.

Roll revision is a crucial annual exercise for accurate update of the voters’ list, usually carried out over three months from September. Because of the pandemic, this time, it will start on November 18 and end on December 15.

The disposal of claims and objections would be allowed till January 5. The roll would be published on January 15.

“The pandemic has complicated matters, but if elections are being held despite the pandemic, roll revision must be done properly,” said CPM central committee member Rabin Deb.

Roll revision in Bengal is to a great extent a political exercise, as political parties visit homes, especially in rural areas, to encourage all eligible voters to apply for inclusion of their names on the voter list. In rural areas, representatives of political parties also help new voter applicants with collecting relevant documents from government offices.

Given the pandemic constraints and the narrower window, it is unclear how far the parties would be able to carry that out.

Besides, there are concerns over the accuracy of removal of absentee, shifted and deceased (ASD) voters this time.

“Even in normal years, after ASD voters are dropped during the revision, 40-100 ASD names remain for each booth. Most parties here try to take advantage of the flaw by sending dummy voters. If a party can get 50 ASD votes per booth in a constituency with 2,000 booths, it can get a head-start with one lakh votes even before a single (genuine) vote is cast,” said a source.

“So, there are apprehensions, especially in the Opposition, over how effective the ASD clean-up will be this time,” he added.