Bengal jewellery robbers held in UP 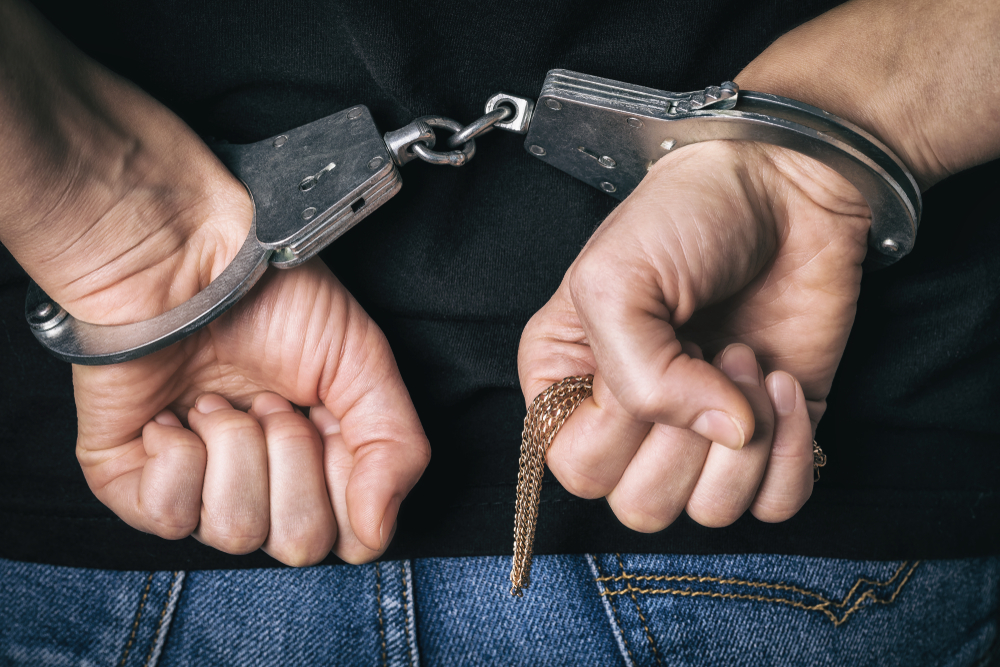 The gang had allegedly entered Bengal with the plan of robbing multiple jewellery stores taking advantage of the situation that most of them were empty as people were scared to venture out because of the Covid 19 scare
(Shutterstock)
Monalisa Chaudhuri   |   Madhyamgram   |   Published 14.05.20, 12:36 AM

Uttar Pradesh special task force on Tuesday arrested four members of a gang which had allegedly robbed a jewellery showroom in Madhyamgram posing as customers on March 20.

The alleged robbers had sneaked out of Bengal in one of the last inter-state trains before the nation went into a lockdown mode.

The four were caught from a village at Khorbar in Gorakhpur district of UP. Officers of the STF told The Telegraph that the gang was about to commit a dacoity in Khorbar before they were caught.

The gang had allegedly entered Bengal with the plan of robbing multiple jewellery stores taking advantage of the situation that most of them were empty as people were scared to venture out because of the Covid 19 scare, an officer in UP police said. However their plan was disrupted as the government announced the lockdown to contain transmission of the novel coronavirus.

“On interrogation, we found that they had recently committed a robbery at a jewellery store in Bengal. We contacted with our counterparts in Bengal and confirmed the incident,” Amitabh Yash, inspector general of police, UP STF told The Telegraph over phone on Wednesday.

All the four were produced before a court in Gorakhpur that sent them to judicial custody. Bengal police would take their remand later, an officer in Barasat police district said.

On the evening on March 20, four men — one of them with his face covered with a mask — had entered the empty showroom and asked the employee to show some designs. As they found the situation apt, the employee and the owner were overpowered and the entire store was robbed of cash of a few lakh rupees and gold ornaments.

Later, CCTV camera inside the shop showed their images that Bengal police had collected from the store. “These men are habitual offenders. One of them has 15 criminal cases,” Amitabh Yash said.

“They were so confident that they would not be recognised that majority of them did not even bother to cover their faces. Only one did.”

To avoid any form of suspicion, they had entered Bengal separately, police have found. One of them came on March 17, two the next day and the fourth member on March 19. They were staying at a relative’s place in North 24 Parganas.