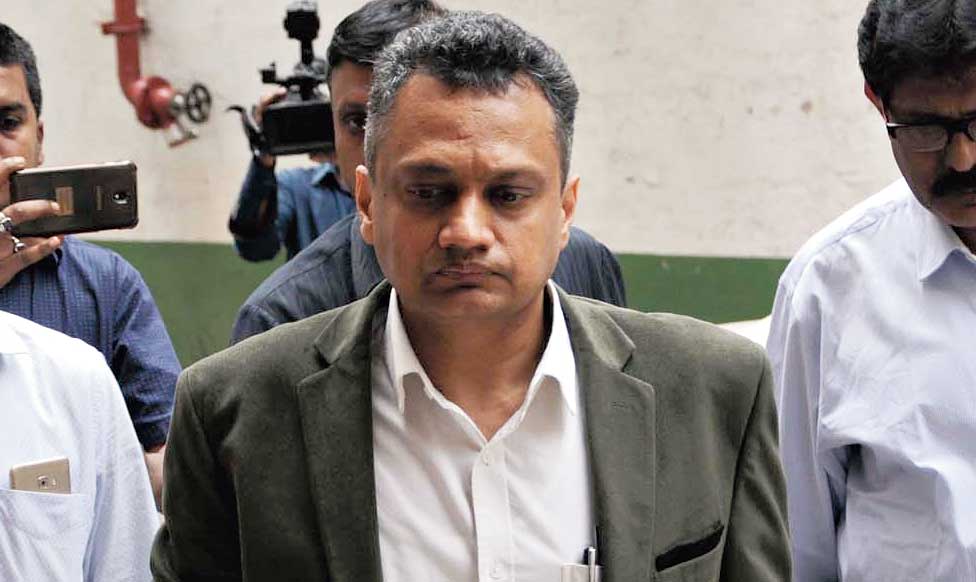 Deputy election commissioner Sudeep Jain on Saturday met top Bengal officials and representatives of parties to take stock of the ground reality in the state ahead of the Lok Sabha polls.

The trip assumes significance as the state was informed about the meeting within hours of a BJP team’s visit to the Election Commission in Delhi on Wednesday.

The Telegraph takes a look at the issues discussed during Jain’s meetings with the officials, including chief secretary Malay De, home secretary Atri Bhattacharya, district magistrates and police chiefs.

“This is a preliminary assessment, which will vary with the progress of the election process. But he (Jain) said that if this was the case, then why were there so many complaints and political parities so apprehensive,” said an officer.

Before the meeting with the district authorities, Jain had held talks with representatives of various parties where the Opposition, including the BJP and the Congress, demanded all booths be declared sensitive.

Sources said the authorities of Jalpaiguri and Cooch Behar were pulled up as several complaints on law and order had reached the poll panel. “The majority of the complaints were lodged by the BJP. Most are against Trinamul supporters for alleged intimidation,” said a source.

While the North 24-Parganas authorities were pulled up for alleged failure to conduct training programmes for polling officers, the authorities in Malda were rapped for changing counting venues without informing parties and the Election Commission in advance, sources said.

The district election officers of South and North Calcutta were questioned why they did not initiate steps to pull down government ads with pictures of leaders. This had to be done within 48 hours of the announcement of the elections on March 10.

According to sources, Jain said there would be enough central forces for smooth polls. But before more forces are sent, the 10 companies of central forces now deployed in Bengal should be utilised in a proper manner, the sources quoted Jain as saying.