Advertisement
Home / West-bengal / Bidhannagar: With many in mayor race, who will Mamata choose?

Bidhannagar: With many in mayor race, who will Mamata choose? 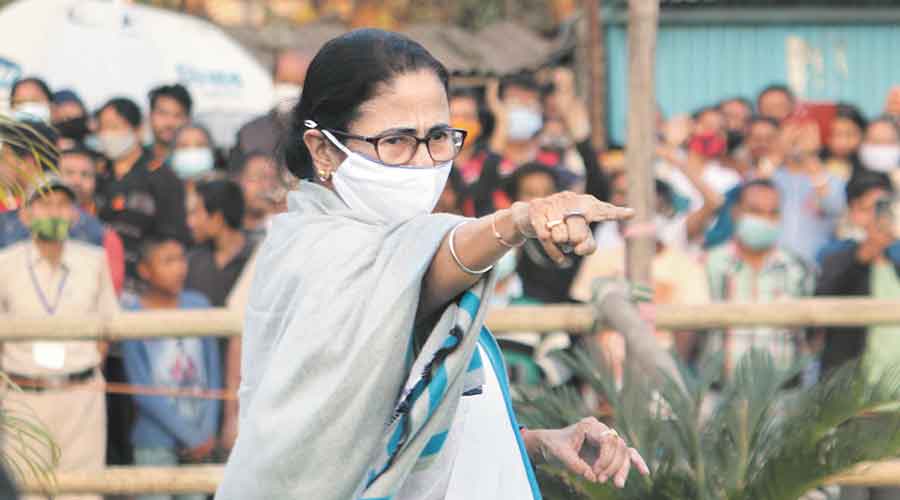 The Bidhannagar maze is likely to require all of Mamata Banerjee’s political manoeuvering skills to negotiate as Calcutta’s next-door neighbour, the tony township of Salt Lake, awaits a new mayor.

The 41 wards of the seven-year-old municipal corporation spread over 60.5 square kilometres, spans Salt Lake, the dream township of late chief minister Bidhan Chandra Ray, parts of Rajarhat (which was previously under Rajarhat-Gopalpur municipality) and some areas of Rajarhat Newtown, each with its own characteristic  set of leaders.

In any other situation Dutta would have been the clear choice for the mayor’s seat. He was Mamata’s first choice when the Bidhannagar Municipal Corporation came into being in 2015.

“Sabyasachi Dutta's joining the BJP has put him behind by several miles. Though most of us believe he still has the blessings of Didi, unlike many others who had rebelled and quit. Many of them are trying to come back but with little success so far,” said a Trinamul veteran.

Dutta has had it easy. Though there was some hesitancy, once Calcutta mayor Firhad Hakim proposed Dutta’s name as candidate for the just concluded election, Mamata readily agreed.

Dutta, who had lost in the Assembly polls, won from ward 31 this time by a margin of 4,364 votes.

“That Didi was keen to field him from one of the wards in Bidhannagar was clear. Now what she is planning to do only she knows,” said a Trinamul source.

Soon after his victory, Sabyasachi played all the right cards by visiting Mamata, Abhishek and Hakim one after the other.

His successor and rival, Krishna Chakraborty, who boasts of close personal ties with the chief minister herself going back to over four decades.

Trinamul sources said Mamata could spring a surprise by bringing in an outsider for the hot seat. One such name doing the rounds is that of the former minister Purnendu Bose who was not given a ticket in the 2021 Assembly polls.

Apart from the old castle-lords of Bidhannagar, Bose also has to face the challenge of his former confidential assistant, now a full-fledged politician, Debraj Chakraborty.

According to sources, Bose had thwarted Chakraborty’s political ambitions on two previous occasions, following which he left Bose and joined the Congress. In the 2015 Bidhannagar Municipal Corporation polls, the state Congress president, Adhir Chowdhury, personally gave him the ticket. Chakraborty won the elections but was behind bars after a complaint was filed against him by a Trinamul councillor.

Chakraborty later got bail and soon switched to Trinamul. Now with his wife as MLA and Bose out of the picture in the Rajarhat-Gopalpur belt, Chakraborty has been calling the shots in the area. Chakraborty is also close to  Diamond Harbour MP Abhishek Banerjee which may not work in his favour this time.

“Any rehabilitation of Purnendu da will spark another battle of supremacy in the Rajarhat-Gopalpur area. Debraj’s name is not in the reckoning for mayor but he is being considered for a member, mayor-in-council post,” said a Trinamul source. “But Purnendu is not an elected member to the corporation. Why will anyone else agree to sacrifice their seat for him?”