Advertisement
Home / West-bengal / Bengal cash for weavers killed in UP

Bengal cash for weavers killed in UP

Leaders promise jobs to the wives of the weavers, who died in blasts that originated from an illegal cracker factory 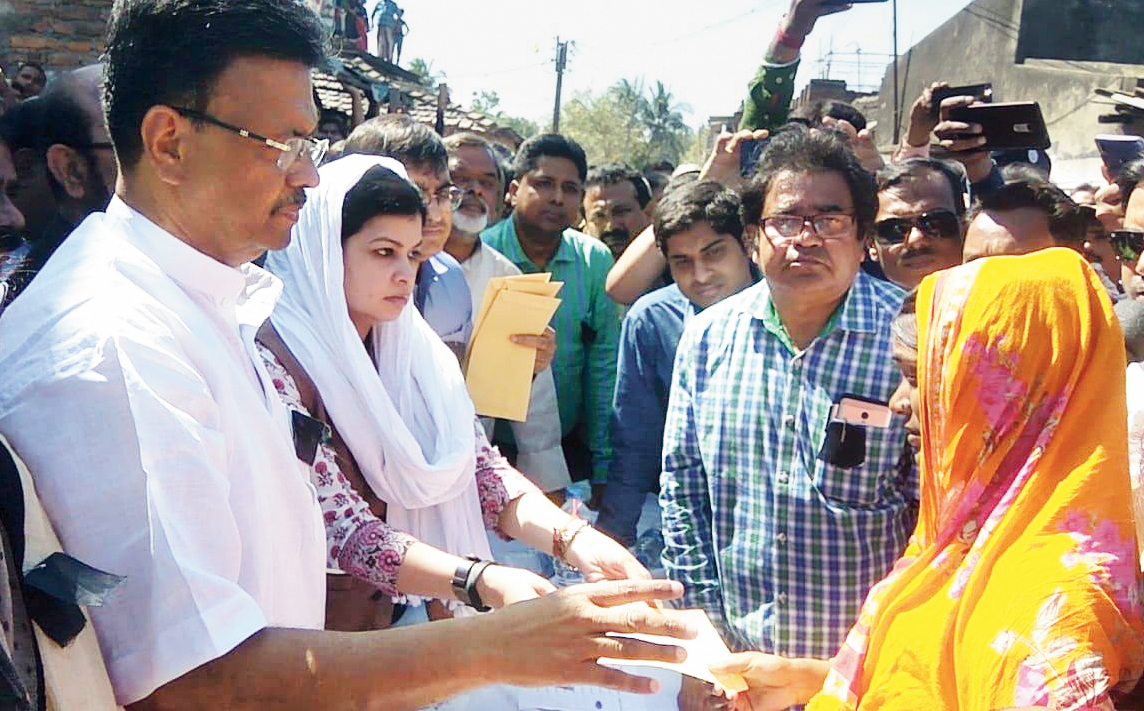 The Bengal government has handed Rs 2 lakh each to the families of nine Malda carpet weavers who died in a cracker blast in Uttar Pradesh’s Bhadohi on Saturday.

Minister Firhad Hakim and Malda (North) MP Mausam Benazir Noor visited Enayetpur and Kamalpur, the weavers’ villages, on Sunday and distributed the cheques. The leaders promised jobs for the wives of the weavers, who died in blasts that originated from an illegal cracker factory behind their carpet unit.

“Many of those who died were sole earners of their families. We will see that their wives get jobs under the ICDS (child scheme), studies of their children are not affected and old-age pension is arranged for their parents,” said Hakim.

The Trinamul leader criticised the Yogi Adityanath-led BJP government in UP. “He (Yogi) was here (in Bengal) for rally. How can an illegal firecracker factory run in a locality? Workers who migrate to UP are not safe. It is complete failure of the Yogi government. There should be a complete probe.”