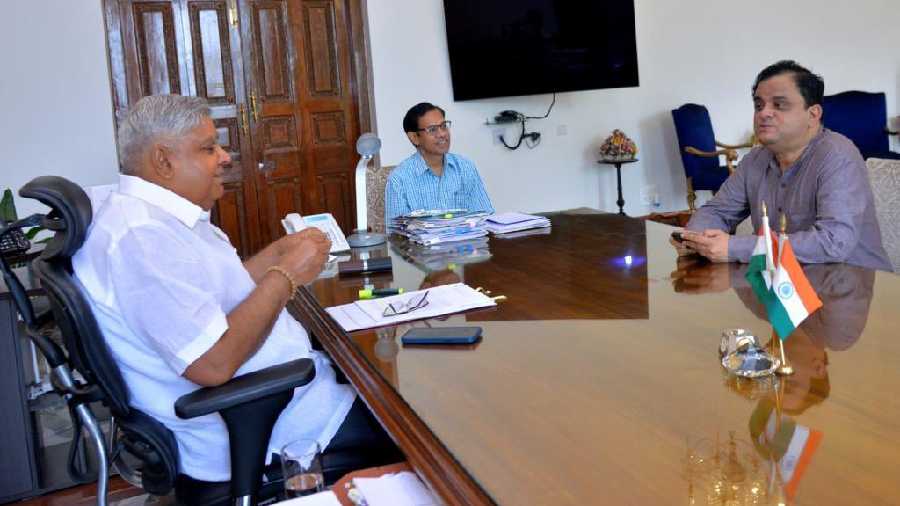 A bill was passed in the West Bengal assembly on Tuesday to appoint the Education Minister as the Visitor of private universities in the state, replacing Governor Jagdeep Dhankhar.

The West Bengal Private University Laws (Amendment) Bill, 2022 was passed by a voice vote after Opposition BJP MLAs staged a walkout, protesting against it.

As Education Minister Bratya Basu started speaking after the completion of the discussion on the Bill, the BJP MLAs started protesting shouting "shame, shame!"

Even as Basu urged them not to leave their seats, the BJP MLAs walked out of the House.

Basu resumed his speech, accusing BJP of working against the interest of the people of West Bengal.

The Bill was then passed by a voice vote. The Bill proposes to make the Education Minister the Visitor of 11 private universities in the state, replacing the Governor.

The assembly on Monday passed a bill to replace the governor with Chief Minister Mamata Banerjee as the chancellor of all state-run universities.

Dhankhar has been in a turf war with the TMC government in the state after assuming office in July 2019 over a host of issues, including the functioning of the universities.

In December last year, chancellors and vice-chancellors of private universities did not attend a meeting called by Dhankhar even after he rescheduled it.

Following rescheduled incident, he hit out at the TMC dispensation, saying, "These developments are alarming and indicate rule of the ruler and not of law. Such a scenario cannot be countenanced.

CM to act as chancellor