The date is significant as February 14 is the birth anniversary of Panchanan Barma, the most revered social reformer of the community 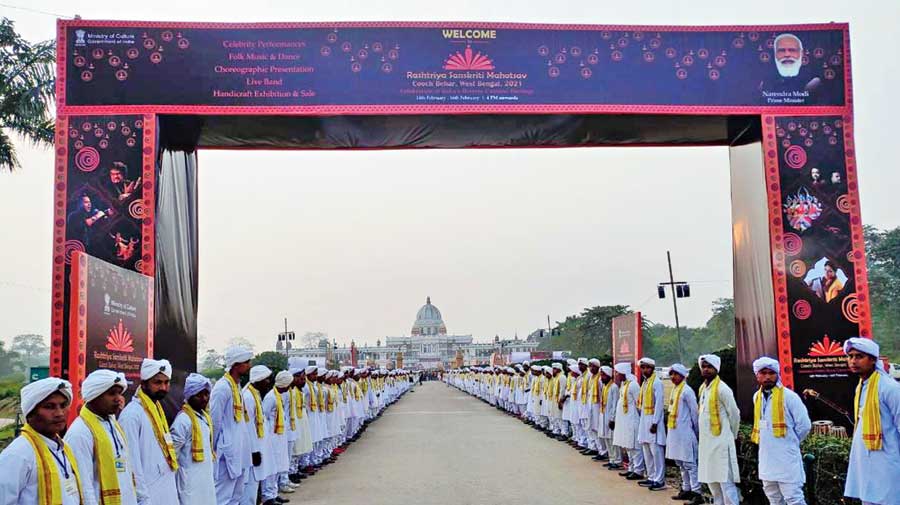 Bengal government handed over a 13-acre plot to the Cooch Behar Panchanan Barma University to set up the second campus at Khalishamari in the Mathabhanga subdivision on Sunday, a day when a cultural festival organised by the centre was inaugurated at the palace of the erstwhile royals here.

The university named after the greatest icon of Rajbanshis and the festival at the Cooch Behar palace have become instruments in the hands of the Trinamul Congress and the BJP, respectively, in their endeavour to woo the community that can influence electoral outcome in close to half of 54 Assembly seats in north Bengal.

The land for the second campus was handed over to the varsity authorities at Khalishamari by north Bengal development minister Rabindranath Ghosh.

“The date is significant as February 14 is the birth anniversary of Panchanan Barma, the most revered social reformer of the community while Khalishamari was his birthplace,” pointed out a political observer.

On the premises of the palace, known as Rajbari among local people, hundreds assembled to witness the gala inauguration of the 11th edition of the three-day Rashtriya Sanskriti Mahotsav hosted by the Union ministry of tourism and culture. 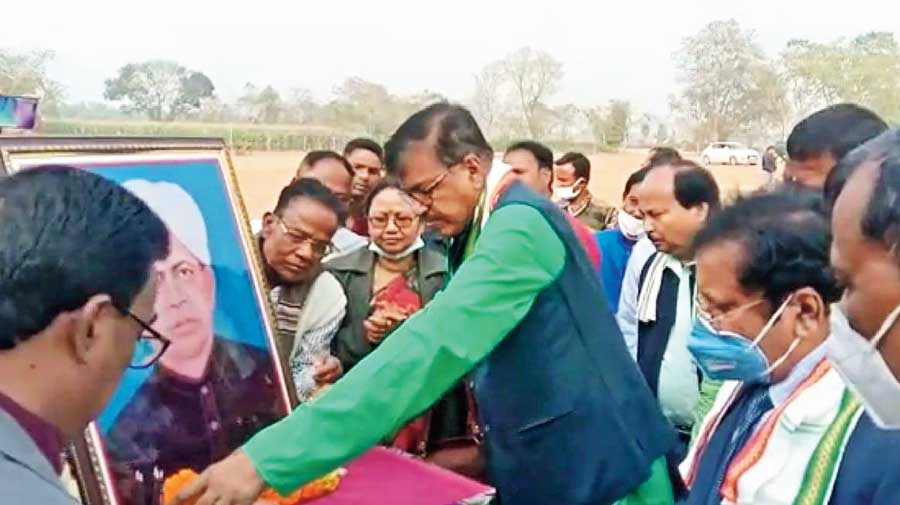 “The palace is an emblem of pride and rich heritage of Cooch Behar. We have chosen the palace as the venue of the cultural extravaganza to showcase the site as well as the district before the national and international audience. Prominent artists will congregate here for cultural exchange in the next two days,” Patel said in his speech.

Supporters of the Bangshibadan Burman faction of the Greater Cooch Behar People’s Association had demonstrated in front of the palace on Saturday, demanding that the venue of the fest be shifted somewhere else.

Their grouse was that the festival would damage the palace preserved by the Archaeological Survey of India.

Obliquely referring to the protest, Patel said in his address: “Some people here have a misconception....There should be no difference of opinion when it comes to cultural issues.”
The previous editions of the festival had been organised at other towns in India.

Bengal minister Ghosh paid homage to Panchanan Barma at the programme where the land was transferred to the university.

“We received the plot today (Sunday) and the chief minister will virtually lay the foundation stone of the second campus from Nabanna tomorrow (Monday). She will also unveil a statue of Panchanan Barma on the varsity’s premises in Cooch Behar,” vice-chancellor Debkumar Mukherjee said.

The state government had already taken a number of decisions for the uplift of Rajbanshis.

Union home minister Amit Shah had on February 11 made a series of announcements, including a battalion in central paramilitary forces in the name of Narayani Sena, which was the troop of the Cooch Behar royals.