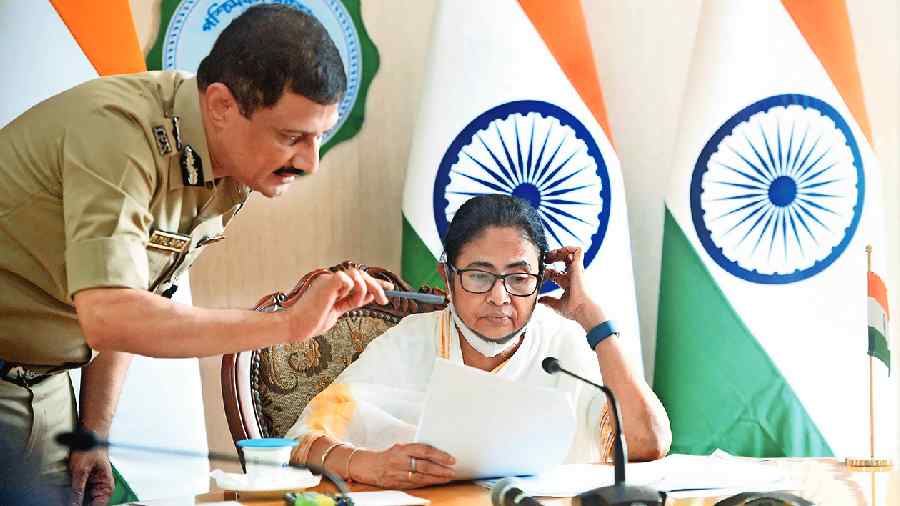 Mamata Banerjee on Thursday announced a series of benefits for officers of the West Bengal Police Service (WBPS) while setting up a welfare association for the cadre.

“Based on the performance and to acknowledge their contribution, the state government has decided to announce some benefits for the WBPS officers. This will encourage them to continue their good work,” said the chief minister after holding a meeting with representatives of the WBPS officers at Nabanna on Thursday.

The state has a total of 550 WBPS officers, who qualify through the West Bengal Public Service Exam like the WBCS recruits. There are currently 85 officers who have been promoted to the IPS cadre.

The benefits Mamata announced for the WBPS officers on Thursday are:

A section of officials said WBPS cadres had grievances that WBCS officers were given many benefits but they were being denied the same even though they had passed a similar exam.

“Officers of the WBPS handle important law and order issues at the ground level. If their grievances are not addressed, it is bound to affect their performances. That is why the chief minister announced facilities on a par with WBCS officers,” said a senior state government official.

The officials pointed out that as the WBPS officers worked at the grassroots level, the ruling establishments didn’t want to take risks ahead of next year’s rural polls.

“That is why the chief minister formed a welfare association for the WBPS officers on the line of ones for IAS, IPS and WBCS cadres so that they can place their demands before the government. The chief minister also wanted to ensure that they don’t feel ignored ahead of rural polls next year and 2024 Lok Sabha polls,” said an official.

Bengal chief secretary H.K. Dwivedi announced on Thursday that the government had signed a MoU with Great Eastern Energy Corporation Ltd for exploration and mining of shale gas in an existing coal block at Raniganj in Burdwan West.

Government officials said it was expected that 6.63 TCF shale gas would be excavated from the coal block in Raniganj block. A total of Rs 15,000 crore could be invested in the project.

A similar agreement is set to be signed with the ESSAR group for shale gas exploration in the Durgapur region soon. Here, a sum of Rs 7,000 crore is expected to be invested.

The chief secretary said more than 5,000 employment opportunities were likely to be created in the sector. He also said the state government was planning aqua hub and solar power-based industries at Nayachar in East Midnapore.