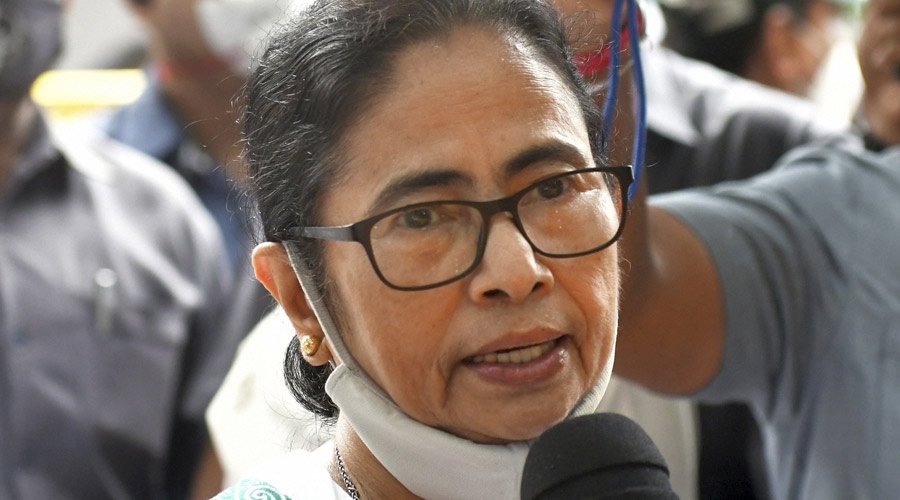 Banking hours were revised several times in the wake of rising Covid-19 cases in Bengal during the course of the second wave.

“Banks need to operate full time now. Many new accounts are being opened due to the Lakshmir Bhandar' scheme. Therefore, we have decided to allow banks to operate as per the usual schedule,” Mamata said.

The chief minister said that around 1.5 crore women have applied for the scheme already, adding that withing three and a half months, she has fulfilled 90 per cent of her election promises.

Around 1.6 crore people are expected to be a part of the Bengal government scheme, which was a part of the Trinamul Congress' election manifesto, aimed at providing financial assistance to women heads of families in the age group of 25-60 years.

Under the initiative, the state government will provide Rs 1,000 per month to women heads of Scheduled Caste and Scheduled Tribe families, and Rs 500 to those belonging to the general category.

The chief minister also laid the foundation stone of Dhunseri Group's poly films plant in Paschim Bardhaman district, which is expected to provide employment opportunities for over 1,500 people.

The Rs 1,250-crore flexible packaging factory will be spread across 38 acres at Panagarh Industrial Park.

In the first phase, the plant will manufacture polyester films with a production capacity of 45,000 tonnes per annum at an investment of over Rs 400 crore, company officials said.

It is expected to commence commercial operations by March 2023. The first unit will be a downstream facility of Dhunseri's existing Haldia plant where it makes PET (polyethylene terephthalate) resins, Group Chairman C K Dhanuka said.