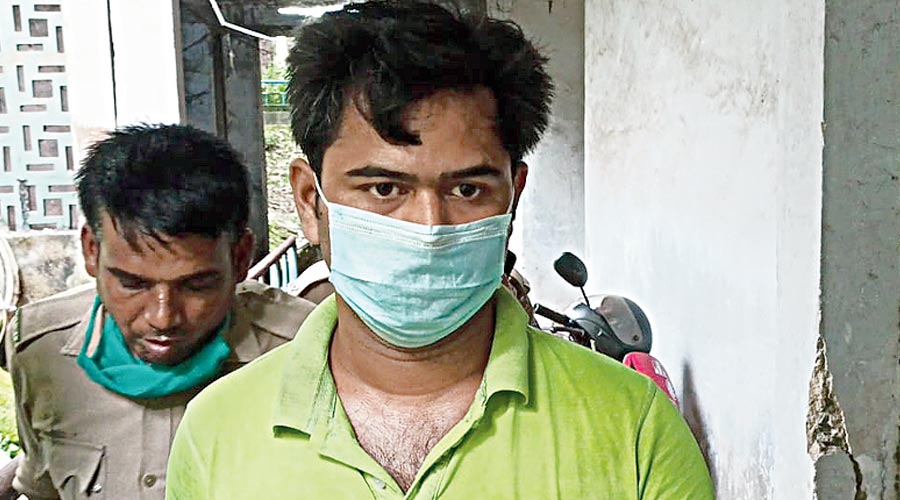 A 33-year-old bank officer has purportedly strangled his wife because he was “frustrated” with her allegedly persistent demand for money to buy expensive clothes and jewellery and surrendered before police later.

Biplab Paridah, who hails from Cuttack in Odisha, gave himself up before Kanksa police in West Burdwan on Monday. The assistant manager of a nationalised bank claimed that he had strangled Ipshita Priyadarshini, 28, with the leash of their dog on Sunday night.

The couple stayed at their rented flat at Lalita Apartment in Arrah near Durgapur.

After the murder, Paridah drove to the nearby Malandighi police outpost under Kanksa police station and surrendered.

The police went to the flat with Paridah and found Priyadarshini lying dead on the floor. The couple’s pet dog was at their home.

Sources said Paridah had married Priyadarshini, a resident of Bhubaneswar in Odisha, in 2019. The duo had been staying at the rented flat for the past three months. The deceased was a homemaker and the couple had no children.

Paridah was produced in a court, which remanded him in five days of police custody.

Paridah told journalists that his wife had been living in a “world of fantasy” and used to allegedly force him to give her money to buy expensive jewellery and clothes regularly.

“My wife was a homemaker, but she was not happy. She wanted to become a fashion designer and had been asking me to get her admitted to a college for the course. She was very demanding and highly ambitious, which led to frequent quarrels between us,” said Paridah.

“She used to torture me whenever I refused to give her money. I was never happy with her,” he added.

Paridah said he had murdered his wife around 7.30pm on Sunday following a quarrel over cooking. “I had to bring food regularly from restaurants or cook myself after returning from work. My wife did not want to cook. I was frustrated and could not bear it anymore,” he added.

Priyadarshini’s father Hridayanand Behera reached Kanksa police station in the evening and lodged a complaint against his son-in-law.

“We had given him a lot of gold ornaments and cash during the wedding. But Biplab started demanding more money after the wedding,” said Behera, a retired bank employee from Odisha. He added that the amount Paridah had started demanding recently was Rs 30 lakh, which he had firmly refused.