Money could have been better spent on medical infrastructure, Sen says 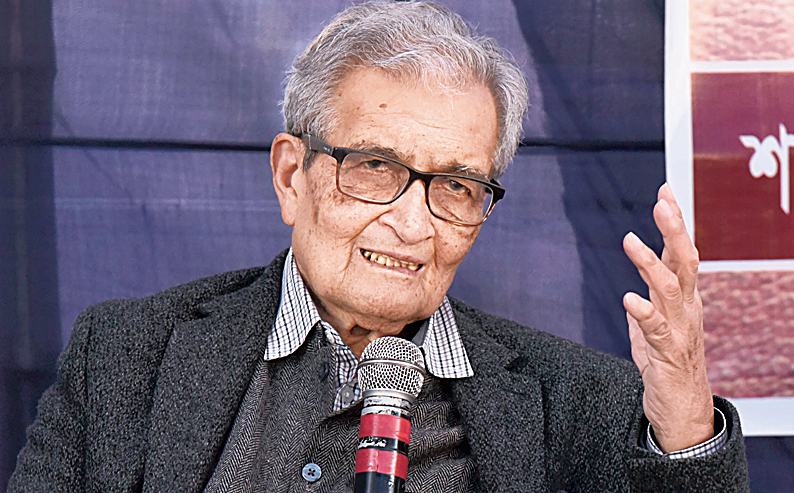 Economist Amartya Sen on Friday criticised the Centre’s Ayushman Bharat Yojana, saying it does not fulfil the requirements of primary healthcare and that the money could have been used better by improving medical infrastructure.

“If we look at the healthcare system, we will see that there is tremendous neglect towards primary healthcare. The neglect is often not conspicuous because it seems to us that the government is doing a lot. Like what is known as the RSBY (Rashtriya Swasthya Bima Yojana)…. And a new thing called Ayushman was created. The stress of these is not on primary healthcare. While the problem is in primary healthcare, the solution is non-primary. There’s a vast narrowness in management,” said the Nobel laureate.

Sen was addressing the concluding session of a two-day discussion titled “Role of health workers and teachers in the delivery of health services”, organised by Pratichi (India) Trust in Santiniketan.

The Ayushman Bharat Yojana — which Prime Minister Narendra Modi has been bullish on — is a national health protection scheme launched last year with claims that it aims at making interventions in the primary, secondary and the tertiary care systems, covering both preventive and promotive health, to address healthcare holistically. It has been tom-tomed by the BJP was “ModiCare”.

Bengal withdrew from the scheme after chief minister Mamata Banerjee accused the Centre of using it to claim credit solely for Modi, although the states pay 40 per cent of the funds. On the withdrawal, Sen said: “The states are free to do as they please.”

According to Sen, “the question is what improvement could have been achieved in primary health care with the funds of Ayushman Bharat”. “If the money is spent neither on Ayushman nor something else, it is not going to benefit us to a great extent.”

After the address, Sen said he was not saying everything was being done only for credit. “I am not saying it’s all being done for credit only. But there are many things being done, where the money that is being spent, the kind of improvement that money could have brought to the lives of the common people, that much will not happen.”

Sen stressed the focus must be on the main problems. “The main problems are the primary healthcare system, the primary education system. The money that will go into Ayushman or the RSBY, will usually be allocated for special treatment needs, what people go to hospitals for, even private hospitals, sometimes. Those expenses will be given by the government. The result is the other things are overlooked and the focus is on these deficiencies.”

Sen also spoke on the idea of universal basic income and said he did not think it was a complete solution for the people in India. “….If everyone has the power to afford, then something big can happen, that is correct. But to gain education or health, having money in hand is not everything… Because for that, there need to be arrangements and infrastructure.”