According to the BJP leaders, many supporters at the grassroots lost interest in the party 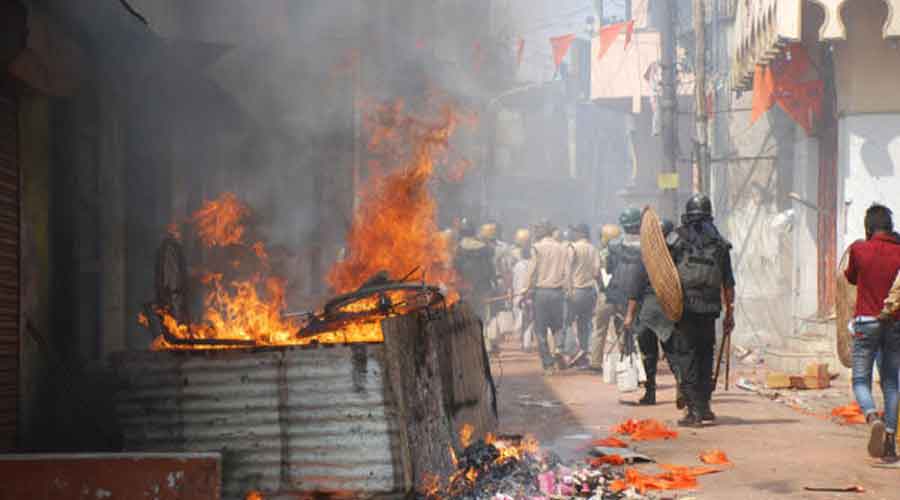 The saffron camp alleged that four of the seven constituencies under the Asansol constituency were affected by the post-poll violence.
File Picture
Arkamoy Datta Majumdar   |   Calcutta   |   Published 18.04.22, 01:09 AM

The Bengal BJP leadership’s failure to deal with the victims of last year’s alleged post-poll violence is one of the many reasons behind the party’s embarrassing rout in the Asansol Lok Sabha bypoll, multiple sources in the saffron camp said on Sunday.

According to these BJP leaders, many supporters at the grassroots lost interest in  the party after the state unit failed to live up to its promise to provide financial aid to the victims of post-poll violence in Asansol.

The saffron camp has repeatedly alleged that four of the seven Assembly constituencies — Barabani, Jamuria, Pandabeswar and Raniganj — under the Asansol constituency were severely affected by the Trinamul-induced post-poll violence.

The party had promised financial assistance to the victims and collected their names and account details. However, little was done since then.

“More than 500 names and account details were collected from these four Assemblies. Money has been transferred to less than 20 per cent of them,” a state BJP leader said. “Why would these people support us? Repeated requests to the state leadership to disburse this money has gone in vain,” the leader added.

Many victims didn't have bank accounts, and were made to open savings accounts with the promise that cash from the BJP would be directly transferred to the bank. However, these people are yet to receive any money, the source said.

Though the BJP suffered losses in all the seven Assembly segments of Asansol in the just-held bypoll, the major drubbing came from these four. In Barabani, Trinamul got 72,949 votes more than the BJP, while the difference in Jamuria, Raniganj and Pandabeswar was 51,292, 44,040 and 95,404 votes, respectively.

“Not that party leaders were not aware of the discontent amongst the victims. But they did little to assuage hurt feelings,” another party source said.

Fourteen BJP leaders — including Murshidabad MLA Gouri Shankar Ghosh, who is also a state secretary, resigned from their respective organisational posts on Sunday. Ghosh, at a joint news conference with Berhampore MLA Subrata Maitra, said the new state and district committees had been misleading the party in Bengal.

He alleged that the state general secretary (organisation) Amitava Chakraborty did not take his calls. “We will not quit the BJP. We will remain with the party but run a parallel organisation... Ever since the new leadership took over, our party has faced only defeats,” Ghosh told journalists.

Chakraborty has been called to Delhi by party president J.P. Nadda, sources said. Nadda will meet Chakraborty on Wednesday, amid speculations that the BJP’s loss in Asansol — a seat which the BJP had won in 2019 and 2021 — has not gone down well with the  national leadership.

"Whoever has resigned please ask them to explain why they've done so...One should ponder whether their allegations are true or if something else is there at play," said state BJP chief Sukanta Majumdar.