Singh’s decision to flag the jute industry problems, sources in the BJP said, was an attempt by him to woo the Trinamul leadership to consider his return to the old party 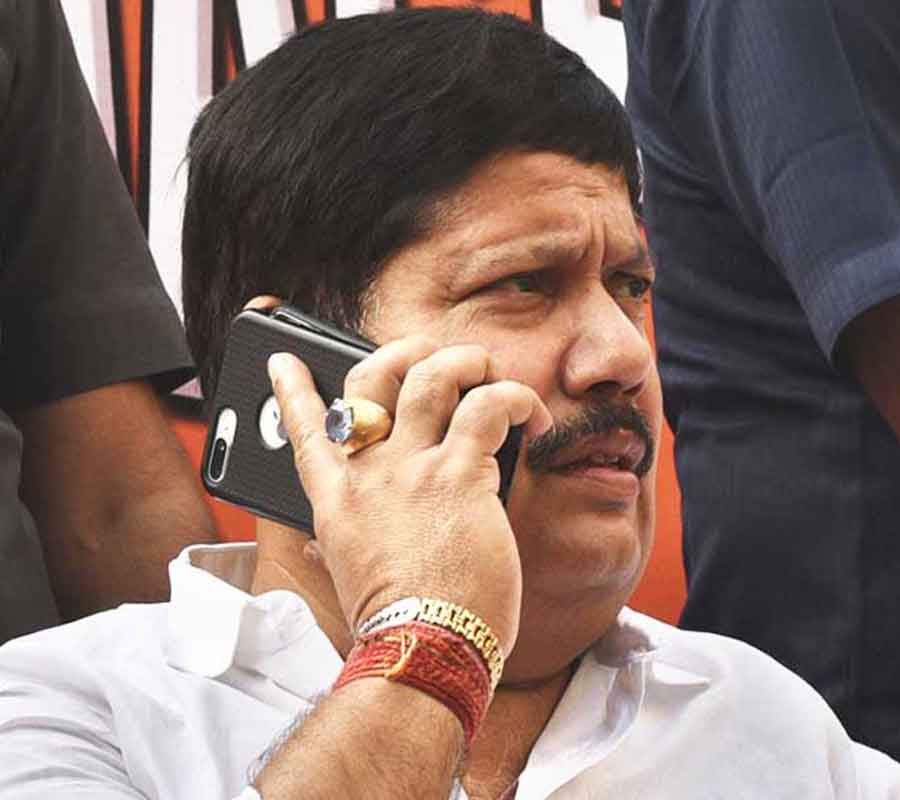 BJP MP Arjun Singh has taken up with the Centre the woes faced by the jute sector that employs around 3 lakh people, a large section of whom live in his Barrackpore Lok Sabha constituency, amid murmurs that he is using the opportunity to send signals of his intention to return to the Trinamul Congress.

“I had given them an ultimatum of seven days, which gets over tomorrow (Tuesday). If they don’t resolve the issues by then, I will take my men and gherao the jute commissioner’s office (in Calcutta),” Singh told The Telegraph.

“I was at a meeting of the Jute Board today (Monday) where I voiced my concerns. I told them that the board is just a white elephant, which basically does no work,” he added.

The jute commissioner’s office had on September 30, 2021, capped the price of raw jute at Rs 6,500 per quintal, drawing flak from all stakeholders of the jute industry. Farmers have resisted the cap and mostly refused to sell their produce at that rate pushing several mills in the state to close down. At present, 15 of the 60-odd jute mills in the state are closed.

There are 20 jute mills in Singh’s constituency Barrackpore.

Multiple sources in the industry said they wanted the Centre to revoke the decision and allow the sale of raw jute at Rs 7,200 a quintal, adding that the commissioner had no power to fix the price.

Singh’s decision to flag the jute industry problems, sources in the BJP said, was an attempt by him to woo the Trinamul leadership to consider his return to the old party. According to sources, Singh, saddled in a slew of cases since his switch to the saffron camp, has been putting out feelers to his old party for some time.

Asked whether his actions were aimed at returning to Trinamul, the MP said he could get back to his old party any day he wanted and didn’t need to pick up a fight with the Centre over the crisis in the jute industry.

“Please understand that I will lose the polls in 2024 if the jute industry is aggrieved and that is the primary reason why I have taken up the matter,” Singh added.

Partha Bhowmick, Trinamul’s Naihati MLA and chief of its Dum Dum-Barrackpore organisational district, refused to comment on the possibility of Singh’s “homecoming”. “What I want to say is that let him act upon his words. Let us first see whether he is actually going to actively take up the issue of the jute crisis,” Bhowmick said.

Samik Bhattacharya, the chief spokesperson for the state BJP, said the party also wanted the Centre’s intervention in the jute crisis and Singh had voiced the same concern.

Calcutta High Court on Monday reserved its verdict on a petition that challenged the jute commissioner’s decision to cap the price of the raw jute for May 11.

Two BJP MLAs — Gauri Shankar Ghosh of Murshidabad and Subrata Moitra of Behrampore — were absent from a meeting presided over by the party’s state chief Sukanta Majumdar on Monday. The meeting was held at Murshidabad. Both the MLAs had recently lashed out at the “inefficiency” of the current party leadership, with Ghosh resigning from his post as a state secretary.