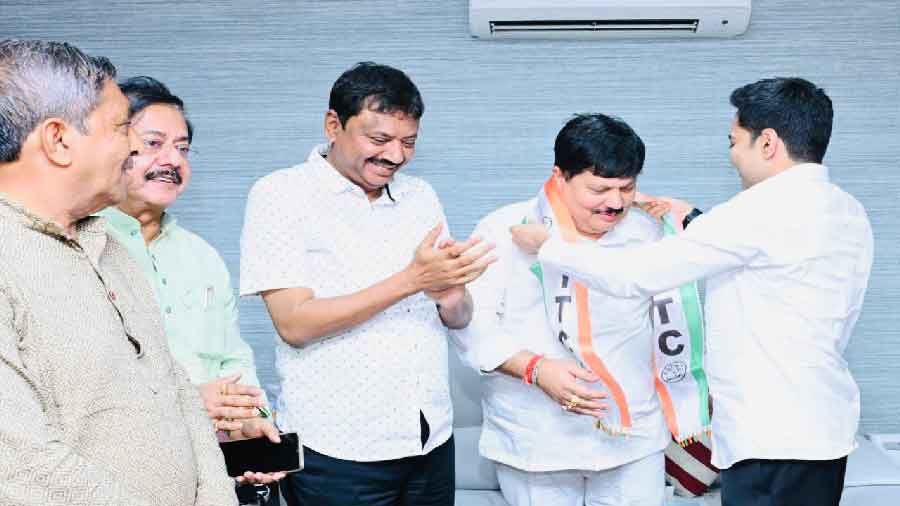 He was welcomed back to the party by TMC General-secretary Abhishek Banerjee at the latter's Camac Street offiice.

The Diamond Harbour MP tweeted pictures of the Bhatpara strongman's homecoming on Twitter.

Extending a warm welcome to Shri @ArjunsinghWB, who rejected the divisive forces at @BJP4India and joined the @AITCofficial family today.

People across the nation are suffering and they need us now more than ever. Let's keep the fight alive! pic.twitter.com/N6s5FggBtx

Earlier, amid intense speculation of his possible switchover to the TMC, Singh on Sunday evening held a marathon meeting with the ruling party's national general secretary Banerjee at his office in south Calcutta.

According to sources, Singh reached Banerjee's office around 4:30 pm and sat for a meeting with senior TMC leaders.

"There is nothing as such that be termed as the last word in politics," Singh, the BJP state vice-president, told reporters without elaborating.

Singh, who has been critical of the Centre's jute policy, had recently also slammed the state BJP leadership for not allowing him to work despite holding a senior position in the organisation.

One of the prominent Hindi-speaking leaders of the TMC, Singh joined the saffron camp just ahead of the Lok Sabha polls in 2019 and went on to win from the Barrackpore Lok Sabha seat.