An adda run-up to heritage celebration

Four young poets walked into the palatial thakurbari of Chatu Babu Latu Babu in north Calcutta in search of ideas. They were looking for ways to link verses, letters and heritage and went back soaked in history and enriched with stories. 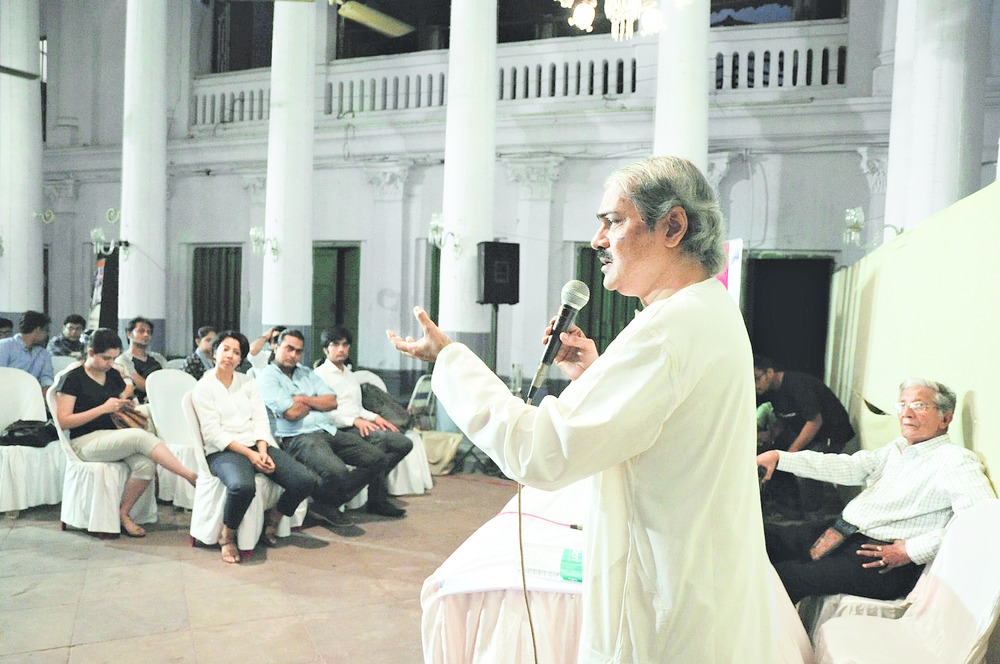 Four young poets walked into the palatial thakurbari of Chatu Babu Latu Babu in north Calcutta in search of ideas. They were looking for ways to link verses, letters and heritage and went back soaked in history and enriched with stories.

That was the warm-up adda of The Future of the Past project. Organised by Future Media School, in association with The Telegraph, the project will see artistes below 30 years bringing Calcutta's tangible and intangible heritage alive through various collaborative performances.

Saturday's adda in one of Beadon Street's prime heritage spots provided an opportunity for artistes from various spheres to interact with each other.

An adda is incomplete without liberal doses of tea - double-half or without milk - and some quips and spices, the sprightly octogenarian said.

The humorous start was followed by tales recounting his search for stories in every nook and alley of the city. "You need 1,000 eyes to experience Calcutta. I discovered a story in every place I went and every person I met," Bhattacharya said, elaborating how he stumbled upon stories even in the way the mourners brought the departed to Nimtala Ghat and how people drank their tea.

"Who says the College Street Coffee House sees no real adda these days? I still know of many old-timers visiting Coffee House regularly for a cuppa and chat."

As for Calcutta's street food, Bhattacharya said: "The dust adds to the taste. Go on an adventure of Calcutta and discover a treasure trove of tales."

The venerable guide's tales were about everyday people and nuances in their daily lives. "Do you know what a four-finger habit is?" he asked the heritage enthusiasts who had gathered around him. "It's a local term for those who love their drink. I learnt it in the streets of Calcutta. The term is an improvisation on how you hold your glass of booze."

Ananda Lal, professor of theatre at Jadavpur University and The Telegraph columnist, educated the audience about site-specific performances, a trend gaining in popularity all over the world. From Badal Sircar's experiments in courtyard theatre to a play staged by Jadavpur University students on their campus rooftop, his tales focused on aspects of such performances and their audience.

"The audience can just walk in.... Sometimes they have to move from room to room and may not get a good view of the performance. One has to accept that. But here you can perform in all kind of places," he said. What mattered was the inclusion of the heritage space in the performance. "The artistes should be in sync with the architecture, its pillars and also the resident spirit of the place," he added.

Kathak expert Vikram Iyengar shared with the audience some of his performing experiences. "The site has to be as much part of the performance and research," he said.

Other participants at the adda included dancer Paromita Saha, who masterminded the project.