Stakeholders say vegetable rates hiked by 20-30%, to shoot up further 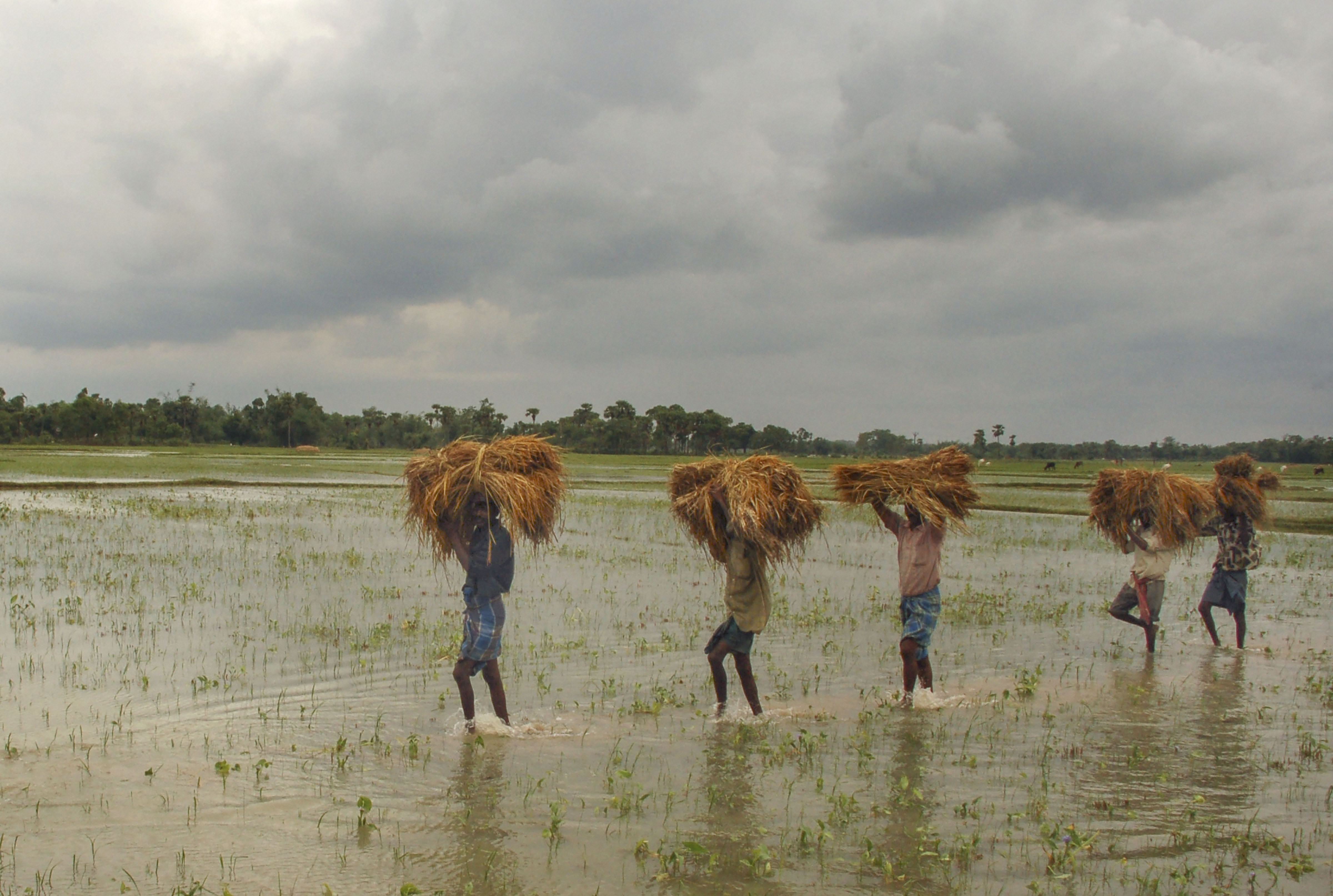 Vegetable prices have shot up in the city and its neighbouring areas in the aftermath of the extremely severe cyclone Amphan as heavy rains which accompanied it have submerged agricultural fields of the cash crop rich districts like the North and South 24 Parganas, stakeholders said.

The cyclone has hit supplies and prices of most vegetables have spurt by 20 to 30 per cent and will soar further, vendors said.

Stakeholders apprehend that the disruption in vegetable supplies is likely to worsen in the days to come.

The main supply hubs for the city are Basirhat sub-division and Bongaon in North 24 Parganas and South 24 Parganas districts. These places suffered huge damages in the cyclone.

'In Basirhat sub-divison 90 per cent of its vegetable produce which were in the fields have been destroyed as they are submerged after cyclone Amphan breached hundreds of river embankments,' West Bengal Vendors Association president Kamal Dey said.

The cyclone, the like of which was not seen in the city and its neighbourhood for decades, also uprooted vegetable plants. They now lie submerged under stagnant rain and river waters.

Hingalgunj, Hasnabad, Minakhan, Sandeshkhali I and II, which were pulverised by the monster cyclone, come under Basirhat sub-division that spreads over 1,777 square km.

Farmers of Singur in Hooghly district too reported 80 per cent vegetable crop loss in the cyclone.

Taking advantage of the situation, some traders have started hoarding, sources said.

There are reports too of extensive damage of paddy fields.

Taking advantage of the situation, poultry meat sellers have hiked prices and are retailing at Rs 235 to Rs 250 a kg.

'The poultry meat sellers have raised the price by 150 per cent but the administration is silent,' an annoyed consumer said.

No government official could be contacted for comments on the situation.

Eighty-five people were killed and lakhs of people lost their homes as cyclone Amphan tore its way through six districts of the state on Wednesday, flattening houses, uprooting thousands of trees and swamping low-lying areas.

The state government has a free crop insurance for farmers but the coverage is not very high.

West Bengal had introduced Bangla Fasal Bima Yojana in June 2019 kharif season and stopped implementing Centre's Padhan Mantri Fasal Bima Yojana. The state government had announced the crop insurance scheme in collaboration with the Agriculture Insurance Company of India (AIC). The crop insurance scheme is free of cost for the farmers since the government pays the full premium.