According to sources in the BJP, it is a rare event for three of the party's most important leaders to visit a non-poll bound state, in a single month 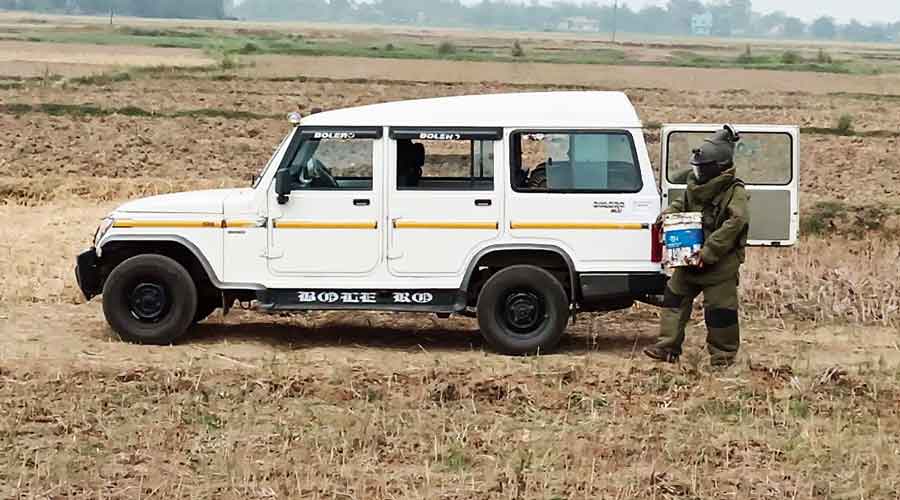 Three of the BJP’s top central leaders are likely to visit Bengal later this month to draw a road map for the state unit on how to exploit the recent incidents of political violence to try an d put the Trinamul government on the backfoot.

The beleaguered Bengal BJP is desperately trying to reap political benefits from the series of political killings, including the Bogtui carnage, that have rocked the state and build a narrative that Trinamul has failed on the maintain law and order after winning a thumping majority in last year’s Assembly elections.

According to sources in the BJP, it is a rare event for three of the party's most important leaders to visit a non-poll bound state, in a single month. Something of this sort was a regular event in Bengal ahead of the 2021 Assembly polls. However, since then BJP's central leaders found no reason to frequent the state.

Probably for the first time in the last one year, the series of killings including that of Anis Khan in Amta, Tuhina Khatun's suicide in Burdwan and the Bogtui massacre in Birbhum's Rampurhat has given the saffron camp ammunition to corner Trinamul.

The BJP's state leadership feels it is high time to shake up the organisation after the electoral defeats.

“Our defeats in bypolls, five corporation polls and the municipal polls to 108 civic bodies have shown how weak we are. We could win none of them. The CPM replaced us as the second most preferred party in terms of vote share. When are we going to fight back if not now?” a BJP leader said.

The leader added recent incidents of political violence have given the party a new goal to fight for. ‘We are already doing whatever we can. However, our national leaders will be here to tell us how to make maximum use of the crumbling law and order of Bengal,” he added.

Majumdar had already said that the state unit would organise a march to Nabanna — the state secretariat — at the end of April. All party leaders have been actively taking up the issues relating to these incidents with the governor, the home minister, the Prime Minister, the President and even on social media.

The state would go to panchayat polls in 2023. Many of the senior leaders of the party feel that the visit by three national leaders will inspire the grassroot cadre to work during the panchayat polls.

Apart from political violence, there is yet another unresolved issue that could be discussed in these upcoming visits, party sources said. The factional rift between state general secretary (organisation) Amitava Chakraborty, Majumdar and their team on one hand and another section led by junior Union minister Shantanu Thakur has been the talking point for quite some time now. MP and state general secretary Locket Chatterjee has also fallen out with Chakraborty after she called out the drawbacks of the state leadership at a recent meeting.

"These issues are also likely to come up in the meetings as the leaders would like to resolve the matter soon," a source said.

The visits are likely to take place once the by-poll process to the Ballygunge Assembly and Asansol Lok Sabha constituencies are over.