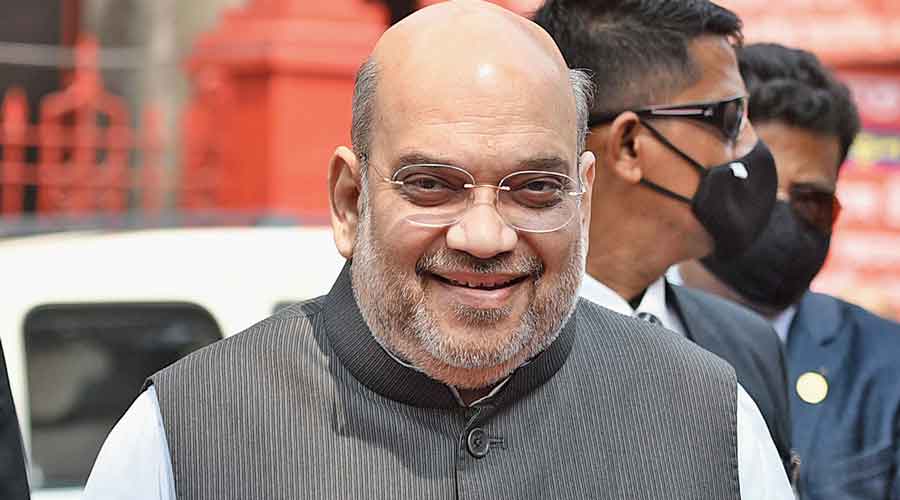 Union home minister Amit Shah is likely to visit north Bengal in September with the trip being planned in the backdrop of a rapid realignment of politics in the Darjeeling hills and some BJP leaders’ demand for north Bengal’s statehood.

Shah’s visit will be the first to Bengal after the Assembly polls which the Trinamul Congress won with a thumping majority despite the BJP’s high decibel campaign.

A source said Shah would be coming to north Bengal — no one wanted to confirm the itinerary on record as the final word is still awaited from Delhi — with the primary objective of taking stock of the political situation in the region. The BJP bagged 30 out of 54 Assembly seats in the region.

“In the hills, a number of regional parties and even some apolitical organisations like the National Gorkhaland Committee have renewed their demand for the permanent political solution (PPS). The situation in the hills is fluid and he is likely to go there,” said a source.

Darjeeling BJP MP Raju Bista had said recently that the Centre wanted to hold a meeting with the state government and hill stakeholders next month on the PPS.

The other burning issue in the region is the sudden demand by a section of BJP leaders led by Alipurduar MP and Union minister of state John Barla that north Bengal be turned into a state or a Union territory.

Barla has been backed by Cooch Behar BJP MP Nisith Pramanik, who is also a Union minister of state.

Although BJP state president Dilip Ghosh and other leaders had initially distanced themselves from the demand, many of them later began rallying around Barla’s call.

“As the Union home minister, Shah is aware of the fast-paced changes taking place in the region.... That’s why his trip has been planned,” said the source.

Mamata Banerjee is also slated to visit north Bengal for five days next month, which would be her first trip after assuming the chief minister’s office for the third time.

Sources in the Trinamul Congress said the chief minister, who retained the north Bengal development portfolio with herself, had lined up the trip as she was aware that the BJP was likely to make the statehood demand a political issue in the coming days.

“Shah and Mamata visiting the region in the same month means that the nucleus of political battle is likely to shift to north Bengal for some time,” said an observer.

The fact that the state unit of the BJP is trying immaculate planning for Shah’s visit became clear when a sudden meeting of all party MPs and MLAs of north Bengal was convened in Siliguri on Wednesday.

“For the first time after the polls, such a meeting has been convened by the party. A delegation of state BJP leaders will be present to discuss issues in the region,” said a BJP MLA in Alipurduar district.

At the meeting, the state leaders are likely to take note of the legislators’ opinions on issues like the demand for the statehood, said a source.

“The BJP’s state unit or the central leadership haven’t said anything on the issue.… So, there is a need to assess the mood of the people by talking to MLAs and MPs,” said a source.

Besides, the lawmakers will also discuss strategies for ensuing polls in the region. “Keeping in mind the ensuing civic polls and also the three-tier polls of Siliguri Mahakuma Parishad, certain instructions would also be passed to the MLAs and MPs,” the MLA added.