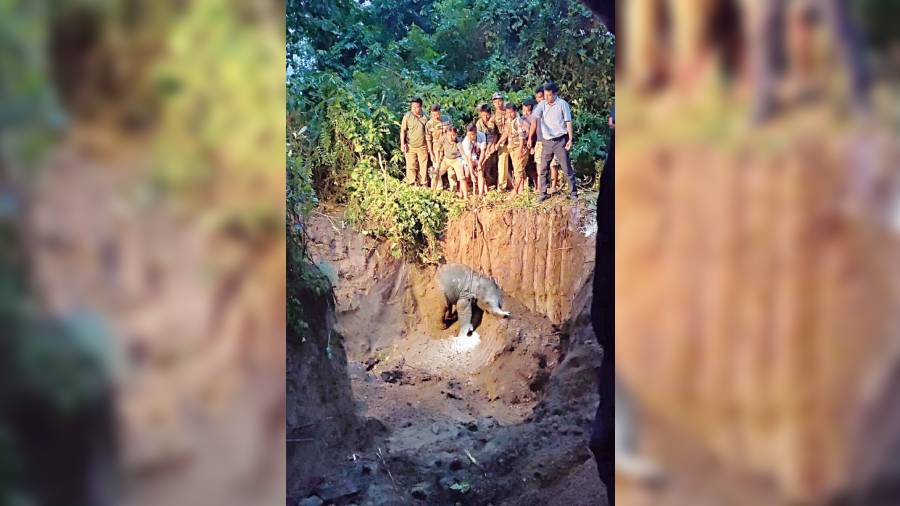 Foresters rescue the calf from the ditch early on Tuesday.
Picture Courtesy: Bengal Forest Department
Our Correspondent   |   Alipurduar   |   Published 08.06.22, 01:27 AM

An elephant calf which fell into a ditch in Nimati forest under the Buxa Tiger Reserve (BTR) of Alipurduar district early on Tuesday morning, was rescued by the foresters after around three hours of toil and then was successfully re-inducted into the herd.

Sources said the calf fell into the ditch when an elephant herd reached near the Nimati forest range office. Soon, the foresters were alerted and they initiated a search around 1.30am.

“An excavator, along with a rescue team, reached the spot and the calf was dragged out of the ditch around 5am,” a source said.

“We realised that other elephants of the herd to which it belongs, are nearby. Accordingly, it was taken to a forest area under Nimati-I forest beat and released. The animal then joined the herd,” said Praveen Kaswan, the deputy field director (west) of the BTR.