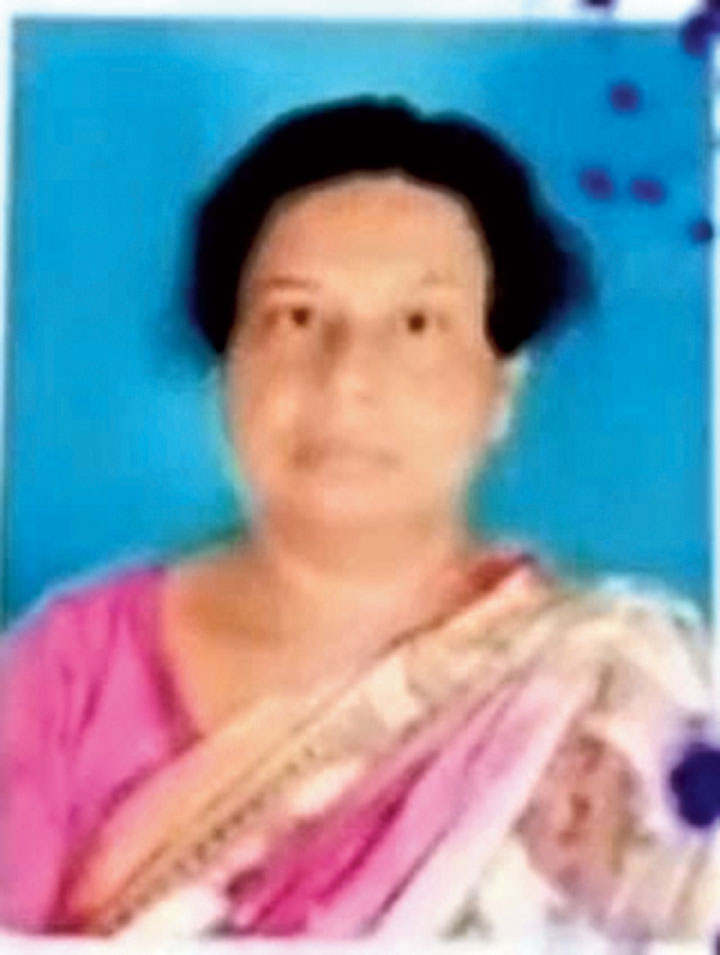 A lady advocate practising at the Burdwan district court was found murdered at home with her hands and feet trussed up by suspected robbers who bludgeoned her to death and cleaned out a “substantial quantum of gold and silver jewellery”, police said on Sunday.

Police have started a “prima facie” murder case after recovering the body of Mitali Ghosh at her home in Ajhapur village of East Burdwan’s Jamalpur on Sunday morning. Officers suspect the 56-year-old was hit with a blunt object.

Police sources said Ghosh lived in the two-storey house alone since her mother passed away two months ago. Champa Dhara, a domestic help, first discovered the body in the courtyard.

Bhaskar Mukherjee, the police chief of East Burdwan, said all lines of investigation were open. “We are trying to find out whether it was a murder to get the ornaments or there was another reason. We are yet to arrest anyone in this connection,” said Mukherjee.

A team of advocates from Burdwan rushed to Jamalpur and demanded the arrest of the culprits. Family members and colleagues were shocked as none could think of anybody who might have reason to murder Ghosh.

“Our colleague was brutally killed. We want a thorough probe,” said Sanjoy Ghosh, assistant-secretary of the Burdwan Bar Council.

Police officers said it appeared that some miscreants came to rob the house and the advocate was killed when she resisted. “However, it could also be that the miscreants staged the robbery to mislead the police. We need to know the cause of the death first…,” said another officer.