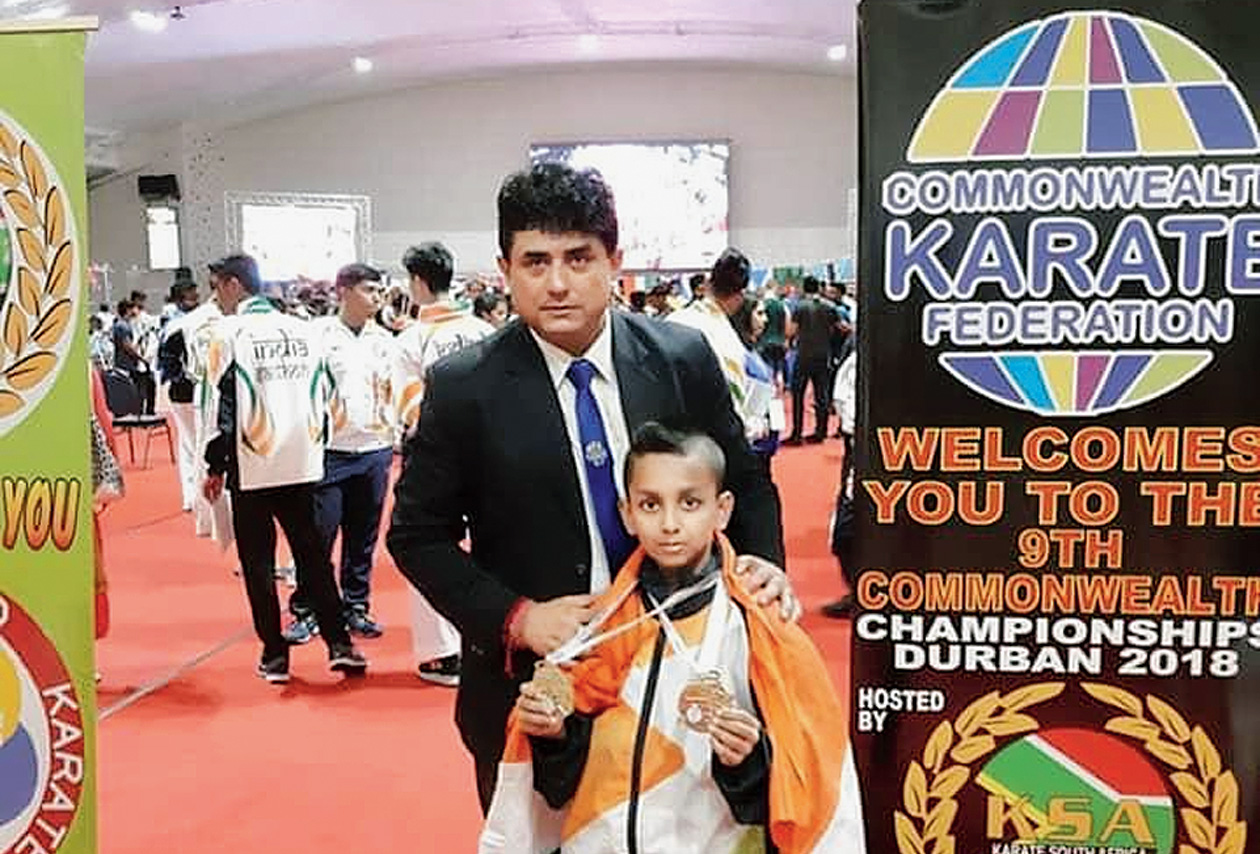 Pratyay Sarkar may not be among the sturdiest boys in his class but his friends at Apeejay School, Salt Lake, know better than to pick up a fight with him. The nine-year-old is a champion karateka who has just returned from South Africa with a rich haul of medals.

The AD Block boy has won two gold medals at the Commonwealth Championships held in Durban in December.

Pratyay is the sub-junior national champion now, for two years in a row. He also has international medals in his bag — gold from Sydney in 2015 and a gold and a silver from Cape Town in 2016. “But this being a Commonwealth tournament, this is the most prestigious feat for him,” points out his coach Premjit Sen, who has been training Pratyay on the roof of his BD Block house since he was four.

Pratyay’s event is kata, or shadow-fighting, which requires a player to put up a display of a combination of attack and defence moves. Pratyay’s opponents in the three rounds in Durban were from Botswana, Namibia and Canada respectively. “In every round, all five judges put up their flags in my favour,” smiled Pratyay.

He got a second gold as part of the victorious India team in his age-group. A fan of Cristiano Ronaldo, Pratyay is upbeat that karate has been included in the Olympics from the Tokyo Games.”I want to compete in the Olympics some day,” he says.

The little champion was felicitated by Ward 41 on Sunday.