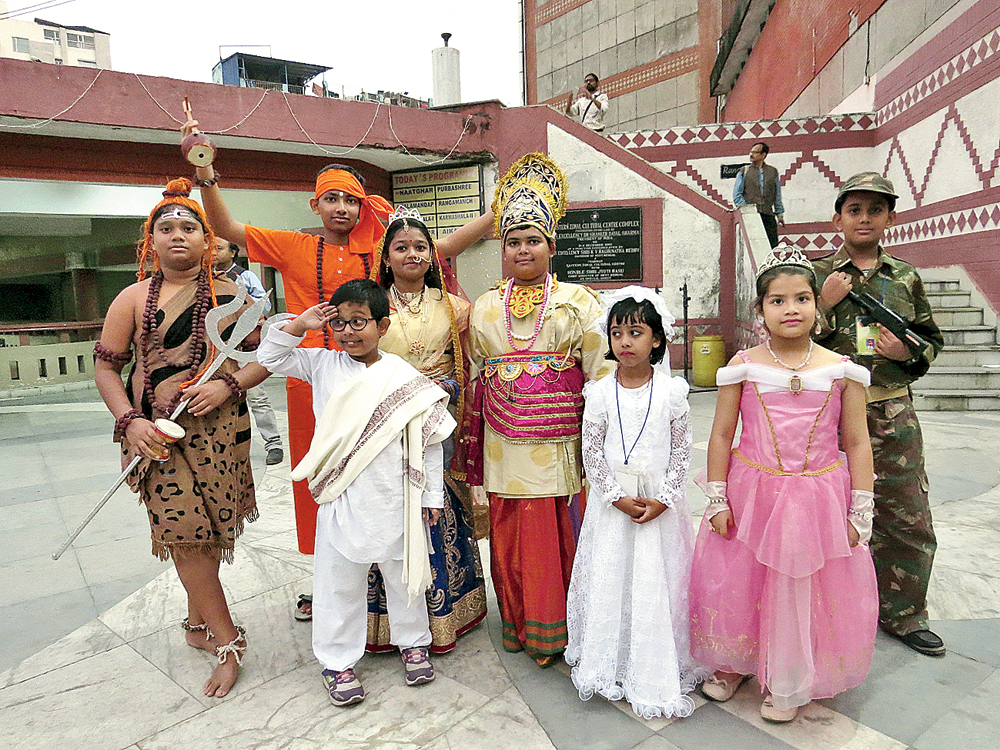 The Bharatiyam complex of the Eastern Zonal Cultural Centre has been coming alive every evening since Tuesday with the laughter and applause of children. While most are in the audience with guardians some are even taking the stage as actors in theatrical productions.

The second Kolkata International Children’s Theatre Festival is underway, featuring 16 plays from 11 countries. Today is the last evening, with four plays set to be staged — one each from Sri Lanka, Mexico, Hungary and Bangladesh.

“Last year, we had held the first edition of the festival at the Academy of Fine Arts but this year we got this auditorium free of cost and shifted here. It may not be as accessible as Academy but it is a better auditorium. This is a wonderful opportunity for us to see what kind of work is happening for children across the world,” said Tapas Das of Eso Natak Sikhi, the organiser of the festival. 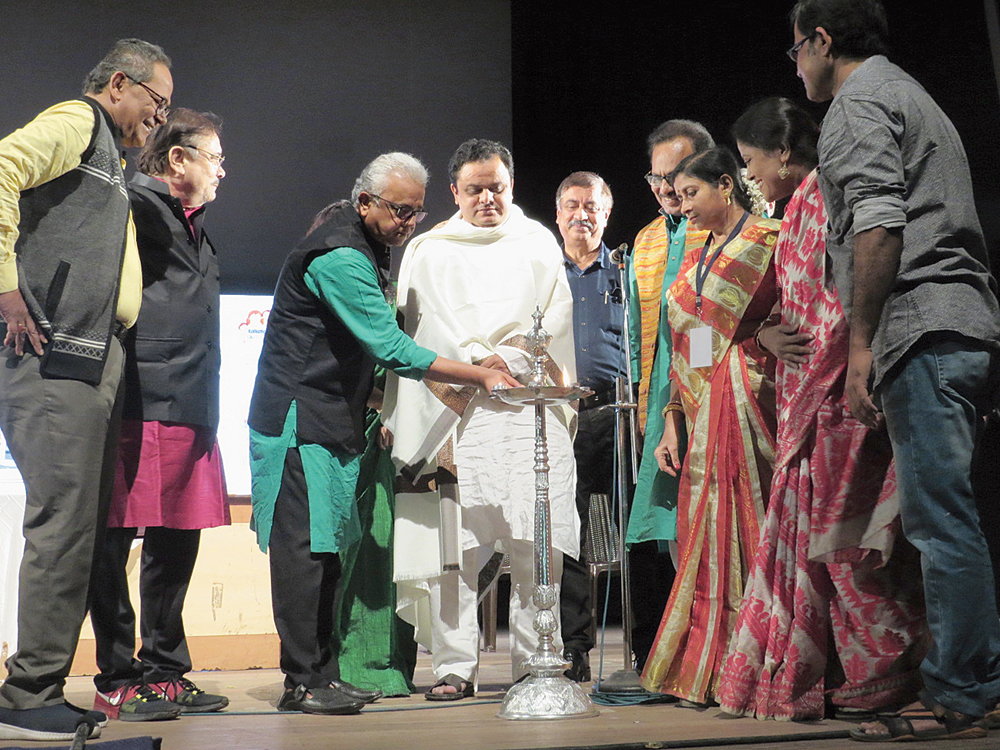 The Kestopur resident, who is a former member of Nandikar, teaches theatre to children. Seven of them acted on the opening night in E Amar Desh, a play on Kanyashree, the state government’s scholarship scheme for girls from underprivileged families. “It is a multi-lingual play. We had the girls speaking in five different languages. The youngest in the cast, Sangsthita Banerjee, picked up her lines in Assamese in no time,” Das smiled.

The participants took out a colourful procession from the stadium to the venue on Tuesday afternoon, with flags of the participating nations being waved as they walked down Broadway. 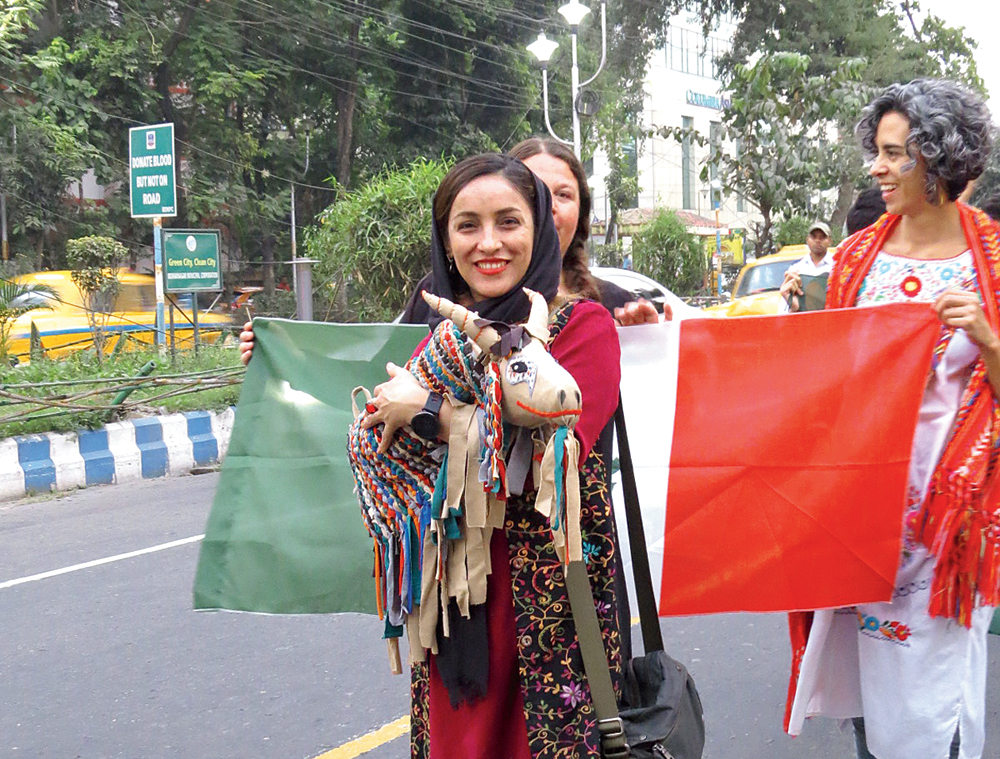 At the inauguration, the one to draw the maximum applause had little to do with theatre. Surgeon Purnendu Roy, whose hospital was sponsoring the event, broke into the Sinhalese song Surangani in course of his speech and the participants from Sri Lanka enthusiastically sang along in chorus. “This is a very popular Baila song, a popular folk tradition in our country that originated in Portugal. Surangani means angel. We are very happy and feel welcomed,” said Priyamvada Godage of Siyapatha Drama Group. Four teams of 10 members each have come from the island nation. “I learnt the song during my student days at Jawaharlal Institute of Postgraduate Medical Education and Research, Pondicherry,” said Roy. 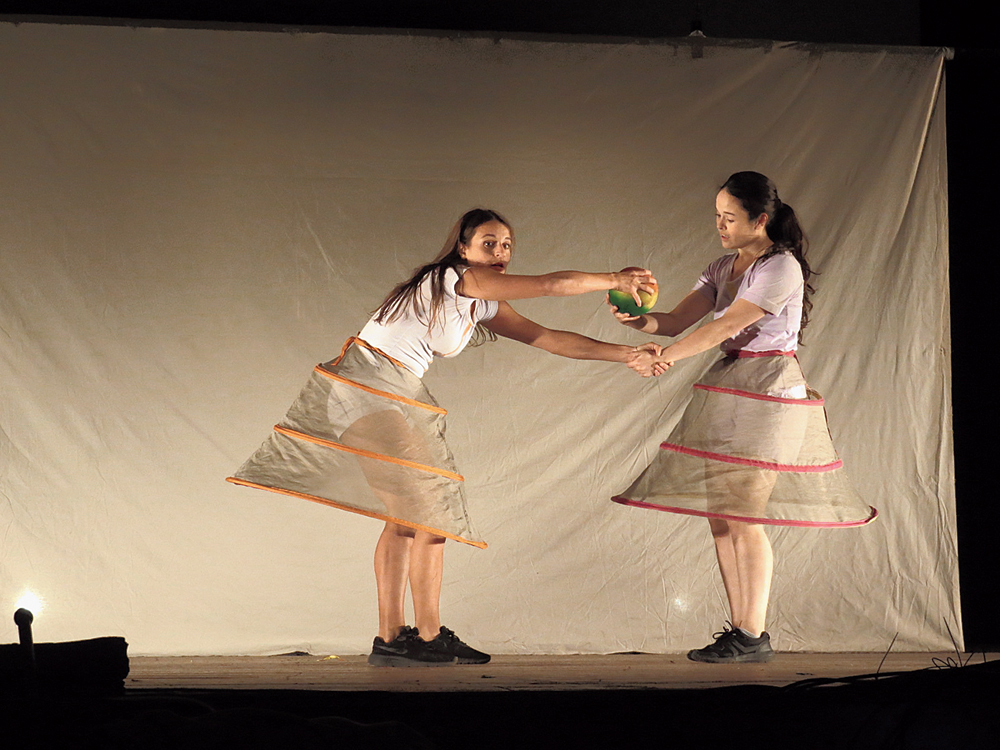 The two performers from the dance theatre ‘Jump’, produced by Dschungel Wien and Movement Lazuz from Austria, on Tuesday
Picture by Sudeshna Banerjee

Most participants are on their first visit to India. “Our company is 30 years old and like other theatres for children in Russia we are state sponsored.

Artem Belozerov was the narrator in the Russian production Bakery of Grimm Brothers, staged on Wednesday. “I act as the pot that cooks the story,” he smiled. “In Russia, people are fed up of TV, films and movies. Schools bring children to see our shows in study time to wean them off gadgets. They often want to see what goes on behind the stage,” said the member of the group At Narva Gates, St. Petersburg. “This is the first time we are travelling outside Europe.” 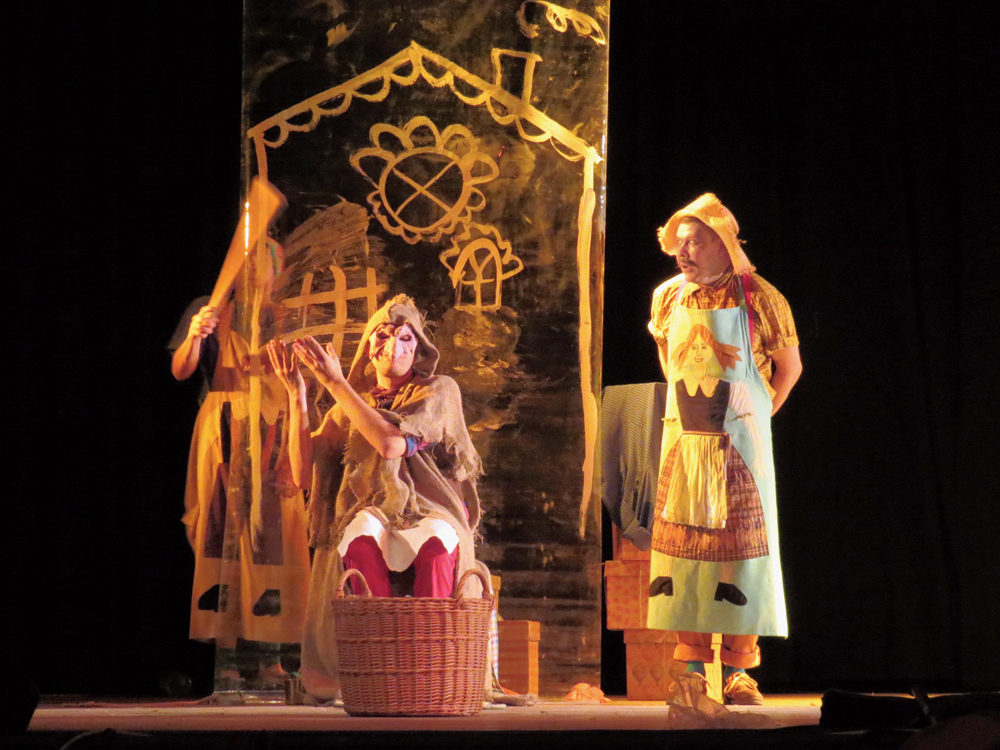 A five-member team from Al-Harah Theatre, Palestine, staged The Old Man Sam’an on Thursday. “We are using a combination of actors, animation and multimedia.” The play tells the story of an old man who walled his garden to prevent his daughter from playing with other children. But when the garden withered deprived of sunlight the girl broke the wall. “It has reference to the wall that Israel has built around us and also stresses the need to protect the environment. Another message is we should listen to our children,” said Marina Barham, the group’s only general director. “I am the only woman to hold this post among all theatre groups in Palestine,” she said, adding that it took them two and half days to reach Calcutta. Though Palestine has a comparatively open society among the Islamic countries, actresses, she admitted, were still hard to come by. “We have to share our leading lady with two other groups.”

Entry is free and the first play of the evening is from 5pm.