Ajanta is the daughter of the late Anil Biswas, who as CPM state secretary was one of the most powerful figures in Bengal 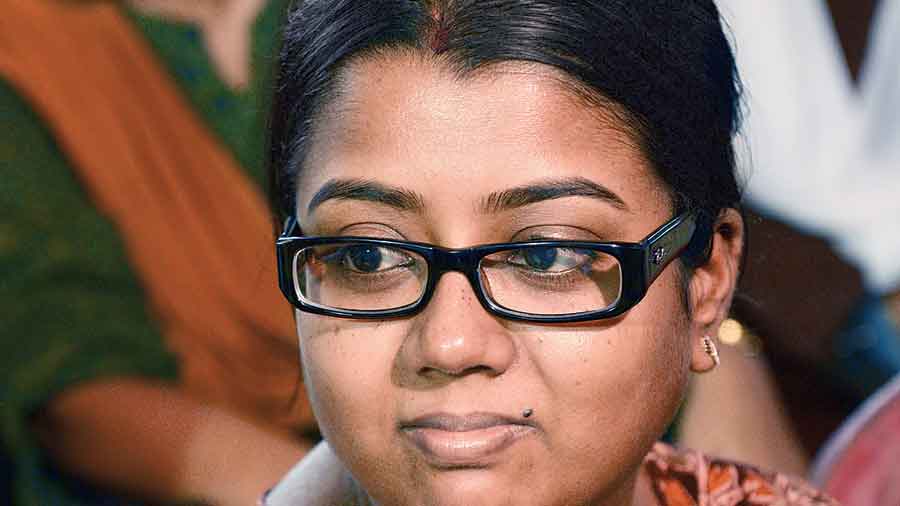 An article on “woman power in Bengal politics” is drawing the attention of many people who are not regular readers of Jago Bangla, the Trinamul Congress’s mouthpiece, because of the roots of the writer.

The article is penned by Ajanta Biswas, an associate professor of history at the Rabindra Bharati University in Calcutta.

What has caught the eye of several social media users and Left sympathisers is the fact that Ajanta is the daughter of the late Anil Biswas, who as CPM state secretary was one of the most powerful figures in Bengal.

The article is the first of a series on women political figures. The series begins with freedom fighter Basanti Devi and is scheduled to end with Mamata Banerjee, whose desire to become chief minister was once mocked by Anil Biswas.

The article is accompanied by images of the freedom fighters Deshbandhu Chittaranjan Das, his wife Basanti Devi and Sarojini Naidu. A sentence above the picture reads: “Basanti Devi thekey Mamata Bandyopadhyay (From Basantidevi to Mamata Banerjee).”

Ajanta’s first article, titled “Bangorajneetitey Naarishakti (Woman power in Bengal politics)”, is not on Mamata but primarily deals with women patriots such as Basanti Devi and Sarojini Naidu. Sources said the chief minister’s role would be discussed in the next issue.

Kunal Ghosh, a Trinamul general secretary who oversees the operations of the daily, said Ajanta had shared the article with him a few days ago. Ghosh found the article interesting and published it with Ajanta’s nod.

“One shouldn’t find politics in this. The piece is rich in historical facts and analysis, which is why it has been published. It is true Ajanta’s father was an able politician, but she herself is a competent academic as well.”

Ajanta is a CPM cardholder. Such members usually need permission to write for any publication outside the party fora.

CPM sources said they were not aware of Ajanta seeking such permission. This newspaper could not contact Ajanta for corroboration in spite of making several phone calls and sending text messages.

CPM state committee member and former legislator Sujan Chakraborty said he had heard about the article but was not aware of the content. “We will have to see it first. Can’t comment on this right now,” Chakraborty added.

Another CPM state committee member said: “It is shocking for us. How can someone who is a member of our party write for a publication run by our political rival? She knew where her article was going to be published and I see a political motive behind this.”

Ajanta is a member of the Left-backed West Bengal College and Teachers’ Association. She had been an active member of the Student’s Federation of India, the CPM’s students’ wing, at the erstwhile Presidency College.