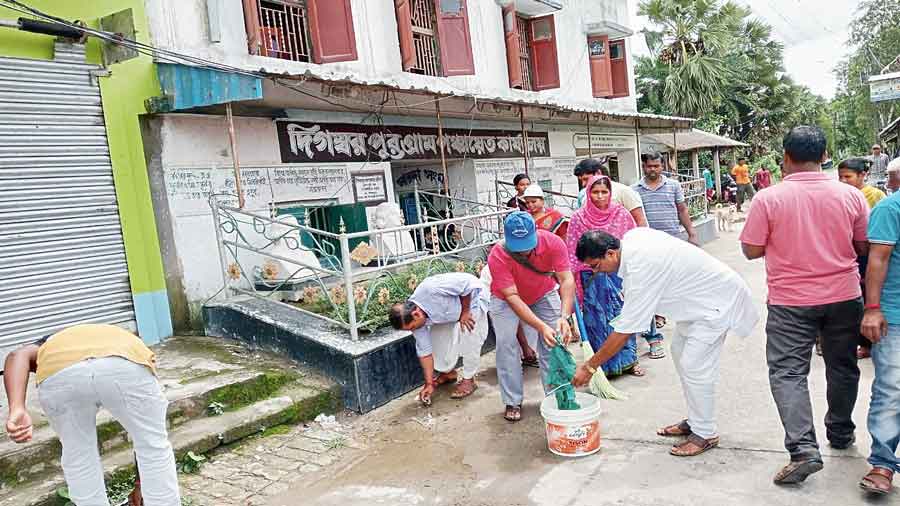 The Bengal government has asked all districts, including Calcutta Municipal Corporation, to hold a six-day-long cleanliness drive starting Monday in a bid to ensure that the Aedes aegypti mosquito,  a carrier of dengue, does not get the scope to breed.

The directive was sent to all stakeholders in general and the health administration with a note to take the drive seriously following a meeting chaired by chief secretary H.K. Dwivedi on Friday.“Amid the pandemic situation, the increase in the number of dengue cases has alarmed us. Already a Calcutta boy has died due to the vector-borne disease. Officials across the state have been asked to use this week to clean places with stagnant water as the priority is to control the spread of dengue,” said a senior state government official.

Sources said that even after  the week-long special drive to end on Saturday, the health staff would keep visiting houses to find out whether there were patients with symptoms of dengue.Sources said that Bengal registered the highest number of dengue cases in the first half of this year. The sources added that it was the highest since 2019. Till July 2022, the total number of dengue cases reported in Bengal was around 1,750, and the count was around 300 the same time last year.

In the past few weeks, the state logged around 3,000 fresh dengue cases that led the government to focus more on the vector-borne disease.Sources said the directive for the cleanliness drive was to every household, hospital, government office, religious site and public utility place like bus terminal and railway station. The local panchayats and civic bodies have been asked to form a surveillance team to monitor the cleanliness drive.

Several districts, including South 24-Parganas, Birbhum, and East Burdwan, are organising awareness rallies asking people to clear clogged water and report to local health centres if anyone has fever.After a boy in Calcutta’s Kalighat died of dengue last week, the government asked the health department to open fever clinics at every government hospital and test patients with dengue symptoms.

“We are holding the week-long cleanliness drive at every panchayat and municipality of our district. Fever clinics have been started and doctors are trained to take prompt action if a patient reports dengue-like symptoms,” said DiamondHarbour CMOH Jayanta Sukul.

Officials said during the two-and-half years of Covid-19 outbreak, people had started to relate fever to the pandemic. But it is important for dengue patients to start treatment once the reason for the fever is identified, said a doctor. He added that in case of dengue it was important to diagnose the disease early to avoid fatalities.Sources said, the health department had already started training programmes for doctors on how to handle dengue patients.

Many health officials in the districts said it had become a challenge for them to keep a close vigil simultaneously on dengue and Covid-19 as both patients report with fever.“In the past two years of the pandemic, dengue cases were fewer and our concentration was on Covid-19 only. This time with limited infrastructure, it is really a challenge to take on both the diseases,” said a health department official.