Murshid Alam, a resident of Patlakhawa in Alipurduar, was arrested by the Sarugarah range under the Baikunthapur forest division 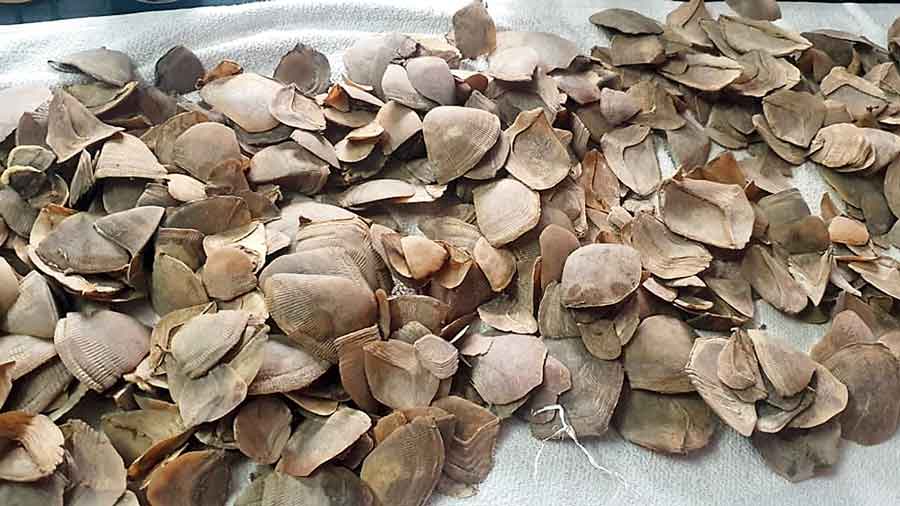 The forest department arrested an Alipurduar resident and seized around 4kg of pangolin scales from him at Matigara near here on Wednesday evening.

The pangolin scales were kept in a school bag carried by Alam.

Murshid Alam, a resident of Patlakhawa in Alipurduar, was arrested by the Sarugarah range under the Baikunthapur forest division. Five others with him managed to escape when the foresters arrived for a raid after receiving a tip-off.

Sanjoy Dutta, the Sarugarah forest range officer, said the six had assembled near the  Balason river bridge in Matigara. Foresters said the pangolin might have been killed in Bhutan and the six were planning to smuggle the animal’s scales into Sikkim.

Pangolin is an endangered species under Schedule 1 of the Wildlife (Protection) Act, 1972) and on the Red List of IUCN (International Union for Conservation of Nature).

“Pangolin’s meat is consumed in countries like China and Vietnam. Its scales are also used for making traditional medicine in these countries,” said a source.