3-in-1 suspense in seat ahead of GTA election 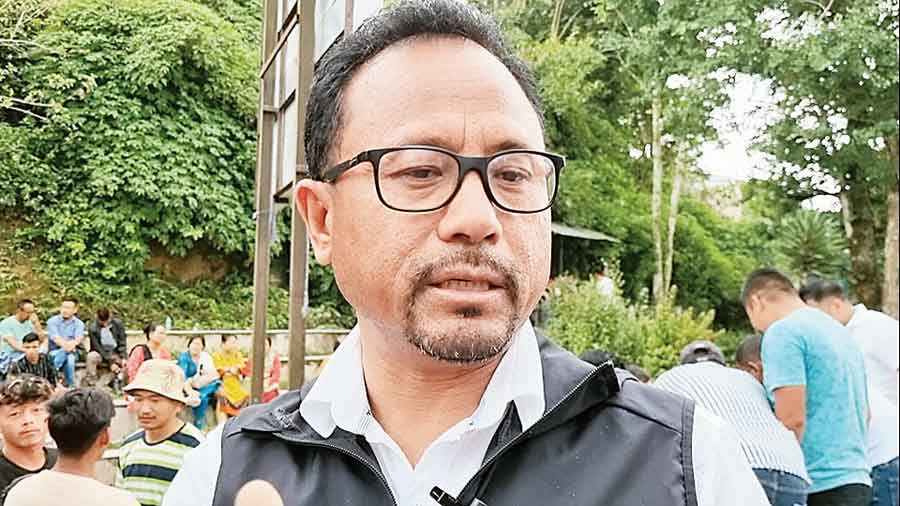 MLA Ruden Sada Lepcha will file nomination papers for the GTA election from Relli-Samtar seat with two others from his party, Bharatiya Gorkha Prajatantrik Morcha, to try and skirt dissent over candidature.

Two persons will withdraw from the fray on the last date, he said, but didn’t reveal  their names.

The last day of withdrawal of candidatures for the GTA election is on June 6.

The GTA election is scheduled for June 26.

Ruden added this strategy was “to feel the pulse of the people” in his constituency.

The MLA, who many believe played a major role in selecting candidates for the party from Kalimpong district, however, said that he was “very clear in the mind” about the final candidate from the Relli-Samtar constituency.

“Many people want me to contest the (GTA) election. This is why in order to maintain unity in my constituency, I decided to field three candidates (including himself) so that there is less scope for dissent,” said Ruden.

Ruden added that around 60 per cent of the voters from this GTA constituency had voted for him during the last Bengal Assembly polls.

Ruden had been the only one to have breached the BJP juggernaut in the hills from Kalimpong.

The other two hill Assembly seats, Darjeeling and Kurseong, had been won by the BJP. He is also the lone MLA from the Anit Thapa-headed BGPM.

The Kalimpong legislator said that he had on Wednesday told his supporters that his main focus was to ensure a three-tier panchayat system is implemented in the region.

“I am focused on this issue, I want to be clear about it and do not wish to waver from this subject.”

Some rebel BGPM leaders have started filing their nominations as Independents.

Ruden, however, believes this is a good sign for his party. He said there was a clamour for BGPM party tickets because people believe the party will win the GTA poll. So those who did not get the tickets are disappointed.

“We had been expecting this as our focus was on selecting winning candidates and not just party cadres. Rebels who are filing papers as Independents are also proving (with their action) that many believe that our party is bound to win this time,” said Ruden.

The BGPM’s suspense-and-last-moment-surprise ploy in this Kalimpong constituency is being compared to a similar strategy adopted by the Gorkha National Liberation Front (GNLF) leader Subash Ghisingh during the Darjeeling Gorkha Hill Council elections.

“If there were many candidates with an equal chance of winning, Ghisingh used to declare the constituency a free zone. The one who would win the seat would be inducted in the party,” recalled an old-timer, adding that through this strategy Ghisingh would ensure that the GNLF’s interest was not hampered.

Currently, the state has 357 active cases, according to the state bulletin.
File Picture

Bengal on Wednesday reported 39 new Covid-19 infections, 35 recoveries and no death. Currently, the state has 357 active cases, according to the state bulletin.

The state’s positive confirmation rate was 0.49 per cent, the recovery rate 98.93 per cent and mortality rate 1.05 per cent on Wednesday.