More than 10% of Darjeeling tea gardens seek buyers, but in vain 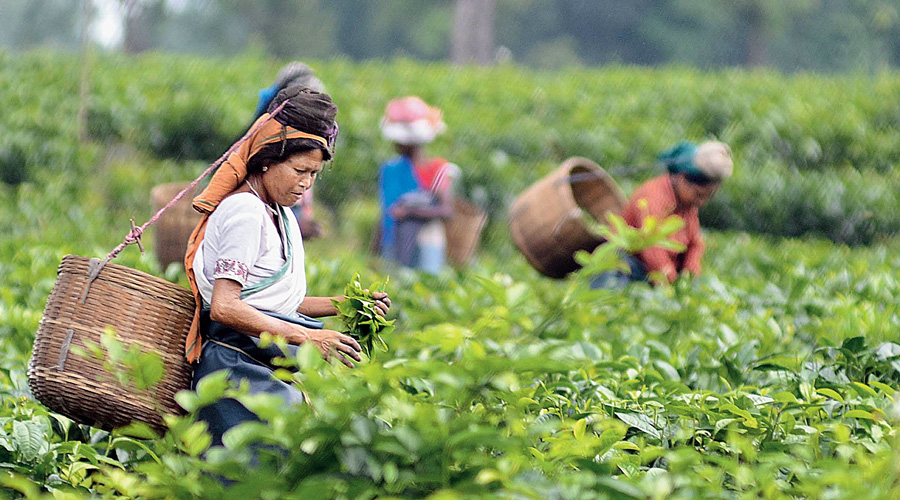 More than 10 per cent of the tea estates in the Darjeeling hills are up for sale but insiders say there are no buyers, offering a grim situation report on what was once known as the pearl of the tea industry in India.

He was citing one of the key reasons — lower production — for the plight of those growing Darjeeling Tea, a globally recognised brand.

“More than 10 per cent of the tea gardens are up for sale but there are no takers,” the planter added, echoing the assessment of several industry figures in Darjeeling.

Multiple tea industry insiders referred to a combination of factors like absenteeism, political instability in the hills, the weather pattern, management style and the poor health of the economy as the reasons for the state of affairs in the Darjeeling Tea industry.

“Despite these protections, the industry is in the red and that’s the biggest worry,” said a source.

The 170-year-old industry traces its history to Dr A. Campbell, a civil surgeon who became the superintendent of Darjeeling and experimented by growing tea seeds at Beechwood in Darjeeling.

However, the gardens are now looking for buyers. “Why would people want to sell tea gardens? Definitely something is wrong,” said a source.

The telltale signs had emerged sometime ago. In the past two years, two gardens changed hands but the owners of several others were desperately scouting for buyers.

Many planters said the crisis had deepened after the fight between “Didi and Daju”, an allusion to the standoff between chief minister Mamata Banerjee and Gorkha Janmukti Morcha leader Bimal Gurung that culminated in a 104-day general strike in the hills in 2017.

Apart from political instability, other factors have come into play, planters said.

“This year, the industry has lagged in first-flush production by more than 40 per cent because of the drought-like conditions that prevailed in the region,” an industry official said.

The owners are not complaining much about the price of the produce. Their main concern is the fall in production by 40 per cent, which has reduced the top line.

The lower production has a direct link with poor labour supply.

“We have also been hit by absenteeism, which is as high as 40 per cent in Darjeeling, compared to 15 to 20 per cent in Assam,” an industry insider said, referring to a lack of interest among the labour force to work in the industry.

Poor labour supply has been one of the biggest problems. The unions blame low wages and point to a general trend of aspirations driving youths towards the hospitality industry and other less labour-intensive and more rewarding avenues.

Many planters said Darjeeling’s tea gardens used to complete around 26 rounds of plucking in a year. “Now this has come down to 16-18 rounds on an average,” a planter said.

He said a particular tea garden had increased its green leaf quantity by 15,000kg last year after employing 80 workers from a closed tea estate nearby.

“The engagement of 80 workers ensured six more plucking rounds for the garden,” he said.

Against this backdrop, several planters feel that only major groups with diversified interests might be able to make the industry thrive again. “There is a group in the industry whose share from the Darjeeling industry is only 2 per cent of their overall business. Such groups will survive,” said an old planter.

“Marketing of Darjeeling tea in the domestic market is important as exports are coming down. Also, the Centre should be vocal for local products and strictly stop the inflow of Nepal tea, which is eating into Darjeeling tea’s domestic sale,” said another planter.

“The time has come for the governments, both at the Centre and in the state, the tea management and the unions to sit down and have an honest discussion to revive the industry,” said a planter.