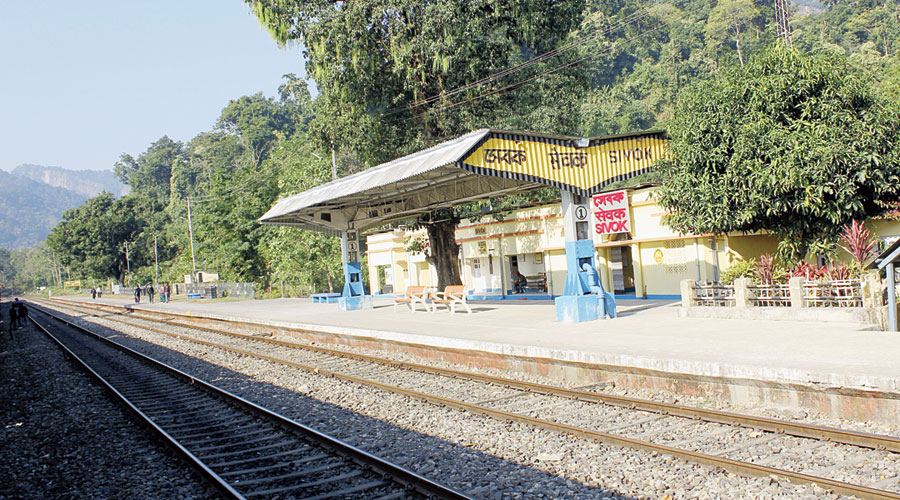 Sikkim will be part of India’s rail map by 2022-end, Northeast Frontier Railway (NFR) officials said, speaking about the long-delayed project whose foundation was laid in 2009 when Mamata Banerjee was the railways minister.

“With the sanction of new line work from Sevoke (Bengal) up to Rangpo (Sikkim), it is expected that Sikkim would be linked by December 2022. The Centre is putting stress to execute the project fast,” said S. Chanda, NFR’s chief PRO.

From Sevoke, it will be a 45km route to Rangpo, tracks will cover 13 bridges and 14 tunnels, with stations in Rangpo, Ryang, Teestabazar and Melli.

The plan to make tunnels and set up tracks in five years did not happen because of forestland acquisition, quakes and landslides, said sources.

An official said that over the past few months, work suffered again because of labour shortage amid Covid-19.

The need for rail connectivity to Sikkim on the Indo-Sino border has been pointed out time and again by defence analysts, particularly after the Dokalam stand-off and the recent confrontation in Ladakh.

Even today, NH10 is the only road that connects the state with rest of the country.

The project costs Rs 1,339 crore. In the current fiscal, Rs 607 crore has been sanctioned.