Junior classes to resume in Sikkim from October 18 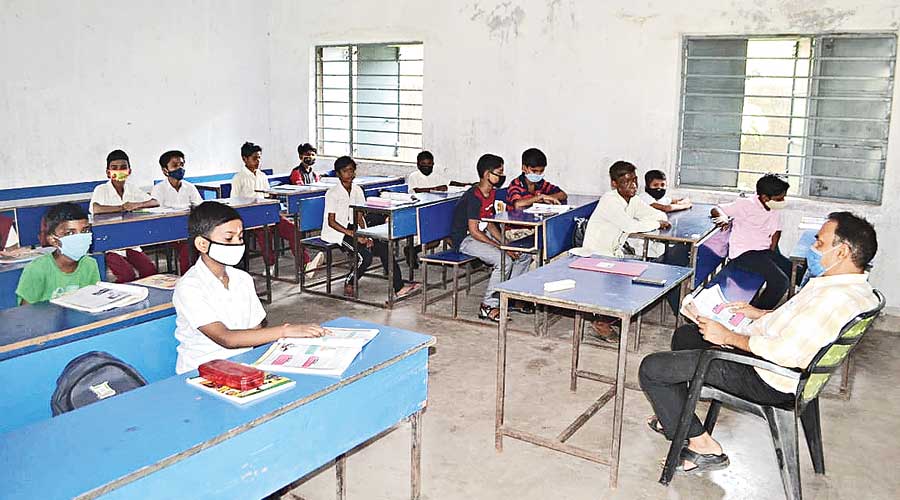 The Sikkim education department issued a notification on Tuesday, announcing reopening of schools for students studying in lower classes from October 18.

“It has been observed that the positivity rate of Covid 19 has come down considerably and reopening of all classes can now be considered,” reads the notification.

The Himalayan state had reopened schools for students studying from Class IX to Class XII on September 27.

“According to the new notification, students studying from LKG to Class VIII can join schools after Dussehra. There are, however, certain riders, which include the presence of only 50 per cent students on alternate days with consent of their parents, as was mentioned in the earlier notification for students of higher classes,” said a source.

Also, in another notification issued by the state home department, the restriction on inter-state movement of people has been removed. This means, people arriving in Sikkim will no longer have to produce RTPCR negative test report or vaccination certificate.

The decision has been welcomed by tourism industry and also local residents.

This is because in the Darjeeling hills, Dashain (Puja) is one of the popular festivals and people travel to and from Sikkim, Darjeeling and Kalimpong in large numbers to meet friends and relatives.

“Also, thousands of tourists are arriving in Sikkim. The hotels are maintaining Covid protocols and we hope there will be no deterioration in the situation. At this point, revocation of the restrictions will largely benefit the industry that witnessed a lull in the past few months,” said a tour operator in Siliguri.