Covid: Sikkim extends closure of offices for another 10 days

Chief minister P.S. Tamang announced that all government and private offices would operate with 50 per cent staff-strength from Thursday 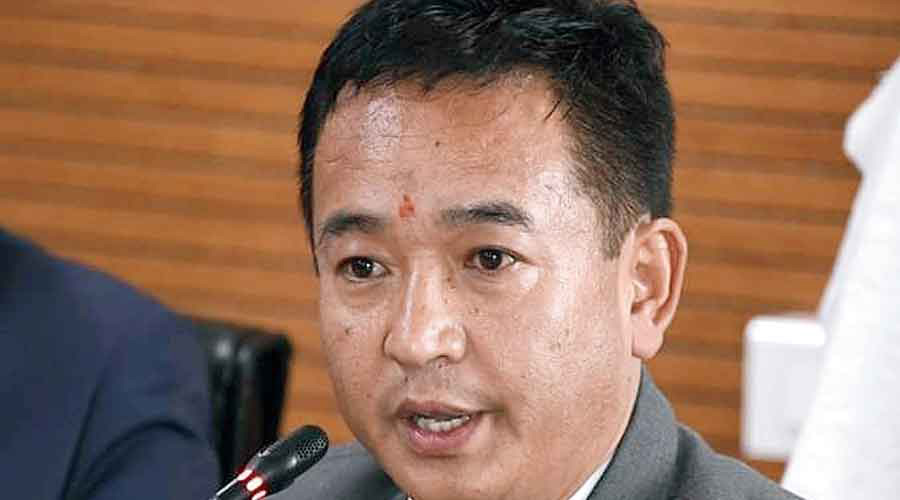 Sikkim chief minister P.S. Tamang (Golay) on Tuesday extended the closure of all educational institutions, both government and private, for another 10 days and also announced that all government and private offices would operate with 50 per cent staff-strength from Thursday in view of the second wave of the Covid-19 pandemic sweeping the country.

All educational institutions in the Himalayan state, which had been closed since April 12, were scheduled to reopen on Wednesday. They were closed to enable all teaching and non-teaching staff above the age of 45 to take the Covid vaccine. But with the country as a whole in the grip of the second wave, and Sikkim marginally so, the government chose to take the twin step.

“We had closed schools and colleges, government and private, till today to enable all teachers to take the vaccine. But because of the slight increase in the number of cases in Sikkim in this second wave, we have extended this (the closure) to April 30,” Golay said at a government event in Gangtok.

“From day after tomorrow (Thursday), all government and private offices will be run by 50 per cent employees on alternate day basis. If I attend office today, it will be the turn of another tomorrow. This is how the offices are going to operate,” he added.

The government has already closed all business establishments, barring those selling essential items and medicines, on weekends and imposed night curfew on all days. It has also made it mandatory for tourists to have RT-PCR negative reports of not earlier than 72 hours before entering the state.

“Those tourists with RT-PCR negative reports of longer than 72-hour duration will have to take the rapid antigen tests at Rangpo and Melli,

the two main entry points to the state,” said a health official.

The chief minister said all these steps were being taken to avoid enforcing a complete lockdown even though situation was under control as compared to others states of the country. “We are capable and ready to meet the threat posed by the second wave of the virus,” he asserted, while urging the people help his government to meet the challenge by adhering to all Covid protocol.